No easy answer despite inside knowledge of Manchester City, Mikel Arteta warns 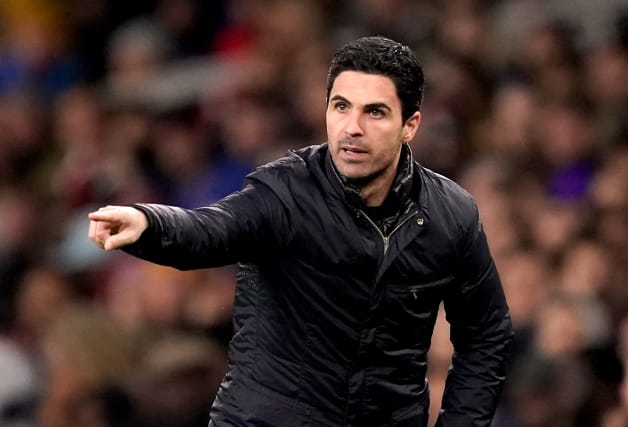 Mikel Arteta will use his inside track on Manchester City to try and end Arsenal’s poor Premier League run against his former side – but admits it will still be a challenge to do so.

The Spaniard returns to the Etihad Stadium on Wednesday for the first time since quitting as Pep Guardiola’s assistant to take over as head coach of the Gunners in December.

Arsenal have not beaten City in the league since 2015 and have lost the last five meetings, shipping 14 goals and scoring only two.

But as Guardiola’s side look to bounce back from losing the Manchester derby on Sunday, Arteta is ready to tap in to his three and a half years working under his compatriot.

“It gives me a very clear idea of what they are trying to do and what they will be looking to do,” he said ahead of Wednesday’s game.

“It is something different to be able to stop that and as well create the issues that I think we can create for them.

“That has to happen on the day. When they are at their best, we know what they are capable of doing, the variation they have. At the end of the day, it’s about the players on the pitch and their performance.

“It’s going to be a very special night, I am very excited to get back there. I have some fantastic memories, a lot of friends, a lot of people that I like.

“But obviously now I am in a different position, another bench and I will defend my club as well as I can.”

Arsenal head to Manchester on the longest current unbeaten run in the Premier League, with Saturday’s 1-0 win over West Ham extending that streak to eight games.

Alexandre Lacazette came off the bench to score the only goal of the game as he battles to oust Eddie Nketiah as first-choice striker.

“The way he’s trying, the way he played even when he wasn’t scoring. He’s always at his best, training, his attitude is top. The same with the others so they all have a chance.”

While Lucas Torreira will miss out with a fractured ankle that could see him miss 10 weeks, Arsenal could be boosted by the return to fitness of two defenders.

Shkodran Mustafi missed the West Ham game after impressing in recent weeks but is in contention following a thigh injury, while Cedric Soares could be involved for the first time since his January loan signing.