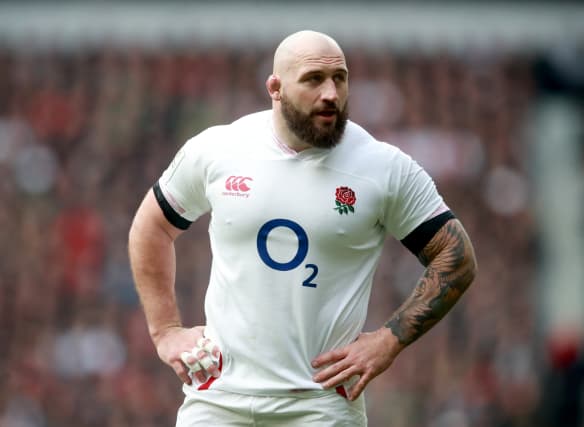 Joe Marler has been cited for his bizarre grabbing of Alun Wyn Jones’ groin in England’s Six Nations win over Wales.

The Harlequins prop could now face a suspension as long as 24 weeks after Six Nations bosses convened a disciplinary hearing in Dublin on Thursday.

Marler’s England colleague Courtney Lawes will also face a disciplinary hearing on Thursday, having been cited for a dangerous tackle on Jones during Saturday’s 33-30 win at Twickenham.

Manu Tuilagi’s automatic hearing following a red card will also be held at the same time, with the centre also set to discover if he will be suspended.

Six Nations disciplinary chiefs confirmed Marler would face a hearing, charged with infringing laws on sportsmanship, with the Quins front-rower called into question over allegedly “twisting or squeezing genitals”.

Marler’s cryptic tweet of “B*******. Complete b*******,” while not directly attributed to anything, could easily be viewed negatively by the authorities.

Wales captain Jones was frustrated that no action was taken against Marler at the time of the incident.

“There’s a lot of footage that has been shown, it seems like a lot of supporters saw what happened,” said Jones.

“It’s very frustrating that we talk a lot about TMOs (television match officials) and footage reviews, yet there doesn’t seem to be a lot of it happening.”

England boss Eddie Jones lamented a clutch of refereeing calls in the aftermath of his side’s slender victory over the Welsh, but Tuilagi’s red card yields an automatic hearing.

The disciplinary panel are likely to take a dim view of head coach Jones’ criticism of match referee Ben O’Keefe, with the outspoken Australian claiming “at the end we were 13 against 16 and that’s hard”, and branding Tuilagi’s red card “absolute rubbish”.

Northampton flanker Lawes could also now face a ban too, should he be found guilty of a dangerous tackle.