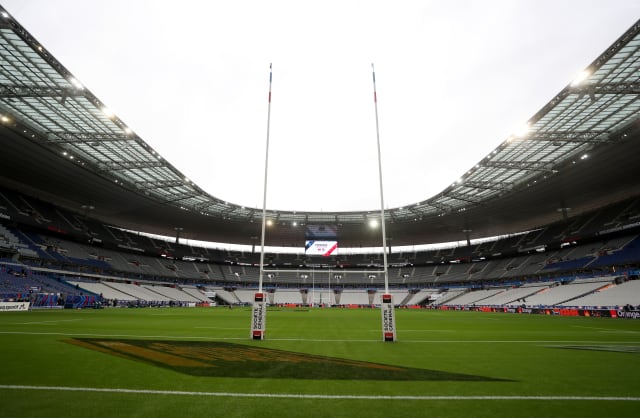 The France v Ireland Six Nations match is the latest major sporting event to be postponed due to the coronavirus.

The game was due to be played in Paris on Saturday, but will now not go ahead on the advice of the French government.

A statement from Six Nations Rugby read: “Following instructions received from the authorities in France, the decision has been made to postpone the Round 5 Guinness Six Nations match between France and Ireland.  We are still awaiting confirmation for the Women’s and U20s fixtures.”

There were reports on Monday lunchtime that the French sports ministry had decided matches in France’s top-flight football competition, Ligue 1, should be played behind closed doors or in front of no more than 1,000 spectators as a measure to limit the spread of the virus.

Sports governing bodies in the United Kingdom attended a meeting with broadcasters and Government officials on Monday to discuss contingency plans in the event that advice around coronavirus changes here in the coming days or weeks.

As of Monday morning, the UK had 280 confirmed cases of Covid-19, and three people have died in UK hospitals.

Rugby Football Union chief executive Bill Sweeney said there was “no medical rationale” as things stood to postpone sporting fixtures within the United Kingdom, or to play them behind closed doors.

“The basic message coming out of today is let’s not panic, let’s monitor the situation and carry on as normal,” he said.

“It was a very good meeting. The start of dialogue together. There was no medical rationale for cancelling events or behind closed doors yet, but clearly it is a moving situation so we’ll keep talking and go from there.”

Premier League executive director Bill Bush was asked about the prospect of matches being played behind closed doors and added: “I am not going to comment on things that are speculative.

“You are better off waiting for the Cobra meeting to finish. They will have the national or sector view. This wasn’t that kind of meeting.”

Steve Elworthy, the director of special projects at the England and Wales Cricket Board also attended the meeting, and said as he left: “It was a fantastic meeting and this is the start of it.

“We are starting to think about contingency planning and it was a great meeting with all the sports around. We obviously can’t get into any of (the detail) and don’t want to because it is still business as usual in our world.”

Culture Secretary Oliver Dowden says it is still “premature” to consider directing all sporting events to be played behind closed doors in a bid to combat the spread of coronavirus.

The Champions League match between Paris St Germain and Borussia Dortmund on Wednesday night will go ahead behind closed doors, while RB Leipzig confirmed supporters would be able to attend their match against Tottenham on Tuesday night.

Football’s world governing body FIFA said that 2022 World Cup qualifying matches in Asia due to be played later this month and in June had been postponed.

However, there was scope for individual national associations to still stage matches in the March and June international breaks if they mutually agreed to, and that provisions to ensure the safety of all individuals involved met the required standards. FIFA and the Asian Football Confederation would also have to give their approval to any match going ahead.