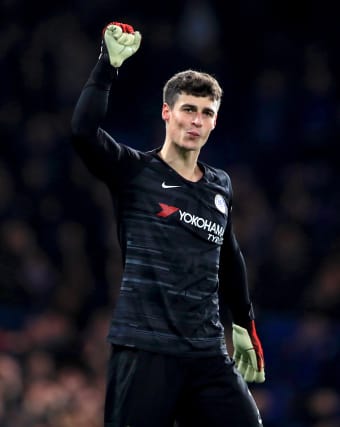 Real Madrid could make a bid to sign Chelsea goalkeeper KepaArrizabalaga when the summer transfer window opens, with the Blues interested in bringing in fresh blood to Stamford Bridge in the form of Barcelona’s Marc-Andre Ter Stegen or Manchester United’s Dean Henderson who is on loan at Sheffield United, reports the Daily Star.

Henderson has said he will be back at Bramall Lane next season unless he is assured of a first XI role at Old Trafford, says the Daily Mail.

Sticking with Old Trafford, and Manchester United are hopeful they can keep Tahith Chong at the club in the face of interest from European giants Inter, Juventus and Barcelona, reports the Sun.

Manchester City will make a move for Inter Milan’s MilanSkriniar over the summer, reports the Express. The paper says City will make an £80m bid for the 25-year-old to solve the side’s defensive problems.

Conor Gallagher, currently at Swansea on loan from Chelsea, is wanted by Vitesse Arnhem on a loan deal, reports the Sun.

Borna Barisic: The 27-year-old Rangers left-back has caught the eye of Jose Mourinho and could be subject to interest from Tottenham over the summer, reports 90 Min.

Pierre-Emerick Aubameyang: Inter could look to make a move for the Arsenal striker, according to Calciomercato.

Donyell Malen: The forward who used to play for Arsenal as a youth could return to the Emirates from PSV, says Le10Sport.