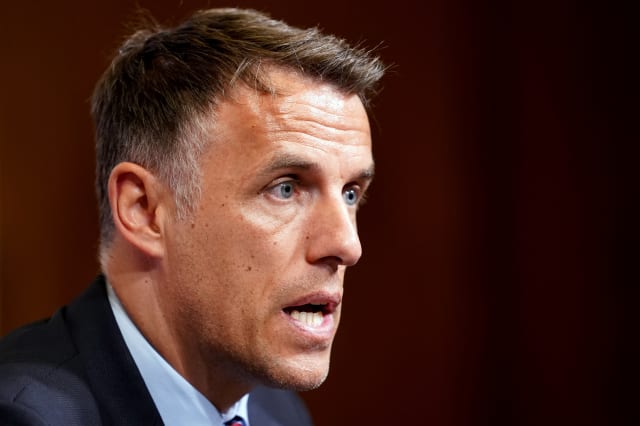 Phil Neville called for striker Ellen White to be given the respect she deserves after she came off the bench to fire England to SheBelieves Cup victory over Japan.

White was named only among the substitutes at the Red Bull Arena in New Jersey as Neville handed Chelsea’s Bethany England a chance in a much-changed side following the opening defeat by world champions the United States.

However, it was her expert finish eight minutes from time which secured a 1-0 win and prompted the head coach to describe her as “one of the best strikers in the world”.

Neville told BBC Sport: “I think what has been a little bit disrespectful over the last five to 10 days is the lack of respect for Ellen White and what she’s achieved over the last six to eight months.

“She’s one of the best strikers in the world and she’s set the bar really high for everybody else to challenge her.”

White’s decisive intervention came as she guided fellow substitute Toni Duggan’s cross past goalkeeper Sakiko Ikeda to finally break the deadlock after Lauren Hemp and England had failed to make the most of first-half chances.

She said: “I love playing for England. It’s always a dream for me to play for my country and contribute any way I can.

“I’m delighted to get on the scoresheet, but first and foremost, it’s about a clean sheet and a win for us.”

If victory came late, Neville was pleased with much of what he saw but admitted the chances which went begging were a source of frustration.

He said: “It was a 3-0, 4-0 game. It was a game where at half-time, we should have been 3-0 up. We weren’t and then the longer the game went on, I thought we might get frustrated and maybe allow them to get back into it.

“But our control and patience was brilliant and I am proud of their performances.

“The thing about today was we feel within the camp there’s a real spirit building and togetherness, but to get real togetherness, it comes from winning and winning is really important.

“Winning is what I think is the most important thing about top-level sport, and the happiness within the squad today and the togetherness really pleased me, and the relentlessness of going right to the very end.”

England face Spain on Wednesday evening with Neville having set them a target of another win.

He said: “We want to get six points, we want another three points. Six points from the SheBelieves would be a fantastic effort from this team and it means that we’re competitive at this level. That’s the challenge over the next two days.”