Michael Van Gerwen fights back to secure first title of 2020 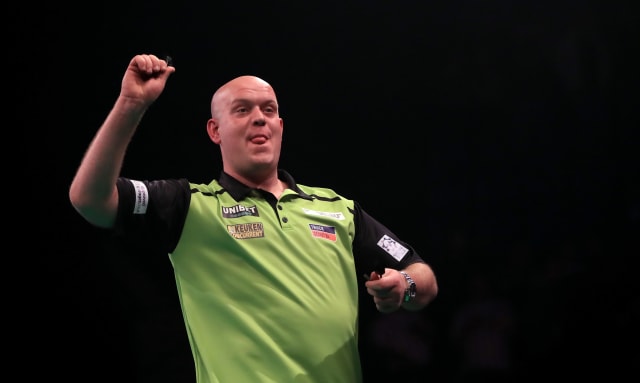 Michael Van Gerwen ended a three-month wait for a tournament win by claiming the UK Open title for the third time after staging a sensational fightback to beat Gerwyn Price.

The 30-year-old Dutchman, who had hit a nine-darter in his semi-final victory over Daryl Gurney at the Butlin’s Minehead Resort, fought back from 5-1 down to triumph 11-9 as Price missed a series of doubles when he looked to be in complete control.

Having opened the final with a maximum as he took the first leg, he lost the next five on the trot with Price surging into a commanding lead with the help of 105 and 97 checkouts, although he missed bullseye when presented with a chance to make it 6-1.

But Van Gerwen scraped his way back into contention as the Welshman missed 12 doubles in four legs to nudge his way into an 8-7 lead.

Finishes of 136 and 97 eased him to within touching distance of victory and although Price responded to extend the match to the penultimate leg, the world number one took out 66 to claim the £100,000 prize.

Van Gerwen had earlier beaten Rob Cross 10-4 in the quarter-finals before his 11-3 demolition of Gurney, while Price saw off Dimitri Van Den Bergh 10-5 in the last eight and booked his showdown with the Dutchman with an 11-4 semi-final win over compatriot Jonny Clayton.