Indian Wells cancelled due to coronavirus 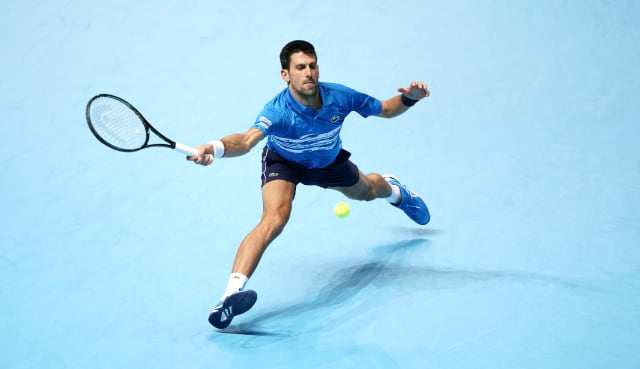 The BNP Paribas Open at Indian Wells will not take place due to concerns about the coronavirus outbreak, organisers have said.

Rafael Nadal, Novak Djokovic and Kim Clijsters were among the players expected to take part in the tournament which was due to start in California on Monday.

A statement from the organisers said: “The 2020 BNP Paribas Open will not take place at this time due to concerns surrounding the coronavirus and the safety of the participants and attendees at the event.

“This is following the guidance of medical professionals, the Centres for Disease Control (CDC), and State of California.”

Tournament Director Tommy Haas said: “We are very disappointed that the tournament will not take place, but the health and safety of the local community, fans, players, volunteers, sponsors, employees, vendors, and everyone involved with the event is of paramount importance.

“We are prepared to hold the tournament on another date and will explore options.”

David Agus, Professor of Medicine and Biomedical Engineering at the University of Southern California, said: “There is too great a risk, at this time, to the public health of the Riverside County area in holding a large gathering of this size.

“It is not in the public interest of fans, players and neighbouring areas for this tournament to proceed. We all have to join together to protect the community from the coronavirus outbreak.”

Meanwhile, this month’s Bahrain Grand Prix will take place behind closed doors due to the outbreak.

The second round of the Formula One season, due to be staged from March 20-22, has become the latest sporting event to close to the public because of the virus.

The outbreak has also led to disruption in the football calendar, with Serie A games delayed and postponed after the Italian prime minister placed 16 million people into lockdown in a bid to combat the spread of the virus.

Parma’s match against SPAL was delayed moments before the scheduled kick-off time after the sports minister requested the league was suspended, according to Italian media reports.

The match eventually kicked off 75 minutes late. All matches in Serie A have been ordered to be played behind closed doors until at least next month.

Pescara took to the field in their Serie B game at Benvento wearing protective masks, declaring themselves “concerned for the health of our players and that of the opponents”.

Elsewhere in Europe, French health minister Olivier Veran announced on Sunday evening that all gatherings of more than 1,000 people are now prohibited in the country.

Paris St Germain were earlier reported to have have had their Parc des Princes stadium disinfected in a bid to ensure Wednesday’s Champions League tie against Borussia Dortmund would not have to be played behind closed doors.

The first leg of Wolves’ Europa League round-of-16 tie against Olympiacos looks set to be played behind closed doors in Greece on Thursday.

A final decision has not yet been confirmed by UEFA but the Greek government announced on Sunday that all professional sports events for the next fortnight will be played without spectators.