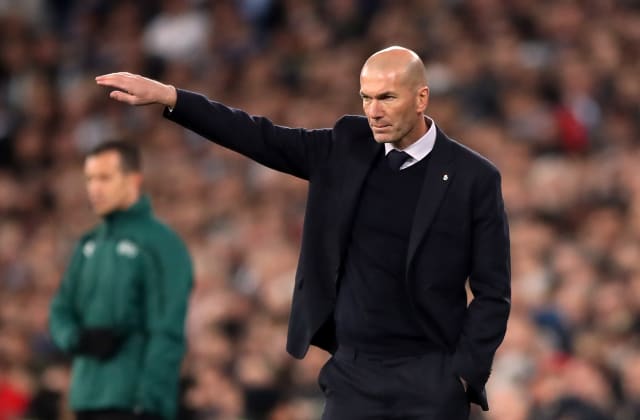 Zinedine Zidane played down speculation about his Real Madrid future following reports linking him with a summer return to Juventus, but also admitted things can change quickly in football.

The Frenchman spent five years of his playing career with Serie A champions Juve, who are reported to have earmarked him to succeed current boss Maurizio Sarri.

Zidane also continues to be touted as a possible replacement for Didier Deschamps as France coach, but the 47-year-old insists he has not received any approaches and remains focused on his job at Madrid.

However, the former World Cup and European Championship winner, who has led Madrid to three Champions League titles, admits he cannot give any guarantees over his long-term future at the Bernabeu.

“There is never certainty that you will continue in any football role,” the Madrid coach said at his press conference ahead of Sunday’s LaLiga trip to Real Betis, reported by Marca.

“I feel the club supports me, we are all working in the same direction, but we also all know how this works. It’s all about results, day by day.

“I am the Real Madrid coach today, but that can change. Nobody has contacted me, and I want to point out it is a joy to work with my players every day.”

Madrid returned to the top of LaLiga last weekend after beating Barcelona 2-0 in El Clasico, leaving them a point clear of their title rivals.

Los Blancos will be looking to build on that result against an out-of-form Real Betis side who are 14th in the table and without a win in seven league and cup matches.

Indeed, Betis have only won once in LaLiga since early December, but Zidane has warned his players not to be lulled into a false sense of security.

He said: “Betis are a team that is doing well. They have had difficulties in the results, but they are a good team.

“It’s going to be a physical game, but also on a technical level we are going to have to play very well.”

Betis manager Rubi identified Madrid as one of a handful of clubs that are a cut above other LaLiga sides, but insisted his squad were not intimidated by the task.

“We all know that in this league there are two or three teams that are more difficult to beat than the rest,” he said at a pre-match press conference, reported by Marca.

“But I do not see more difficulty than in the games that we played against Mallorca or Valencia. That is, all the games are difficult. We know that everything must be done perfectly to win it and that a great team with great players is coming, but it does not scare us.”

Betis’ poor run of results has seen them slip to within five points of the relegation zone, but Rubi denied that his players had become disheartened by the team’s recent form.

“It has been another hard week but I do not notice discouragement in our players,” he said.

“We are going to face and play a game and they are more than worthy. It hurts that we are deserving more in other games and we have no reward. You have to insist and work harder if possible.

“I have the impression that Madrid can be hurt like everyone else. We will try to take advantage of their weaknesses but it will be key that we take the chances that we have.

“Madrid, Barcelona or Atletico are very powerful, but we cannot focus on these games with excessive respect.”