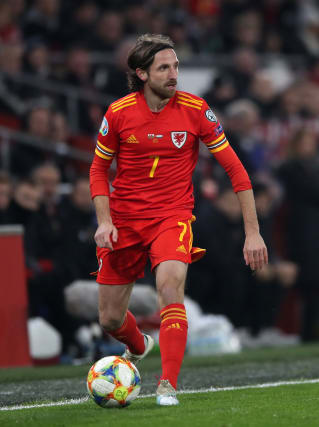 Wales international Joe Allen looks set to miss Euro 2020 after being ruled out for the rest of the season with a ruptured Achilles.

The midfielder, who was named in the team of the tournament as Wales reached the semi-finals in France four years ago, sustained the injury in Stoke’s 5-1 Sky Bet Championship victory over Hull on Saturday.

Allen – winner of 56 international caps – was forced off at half-time at the bet365 Stadium after landing awkwardly having tripped over Hull substitute Dan Batty.

And Potters boss Michael O’Neill confirmed later that the 29-year-old would be sidelined for the rest of the campaign in a huge blow to Wales manager Ryan Giggs’ preparations.

“He’s ruptured his Achilles, he had to be helped off at half-time,” O’Neill told BBC Radio Stoke.

“You fear the worst, you hope for the player it is not the case, but the news is not what we hoped for and he will need surgery this week.

“It’s a huge loss, he’s a terrific player and a terrific lad. I am gutted for him, he had so much to look forward to with Euro 2020 as well.”

Speaking at his post-match press conference, O’Neill added: “We’re obviously delighted with the result, but it takes the edge off it [the win] when that situation occurs. It’s not easy for him.

“Our thoughts go with him, but obviously the club will do everything they can to look after him and make sure he’s back as soon as possible.”