What top football managers had to say about coronavirus prevention measures 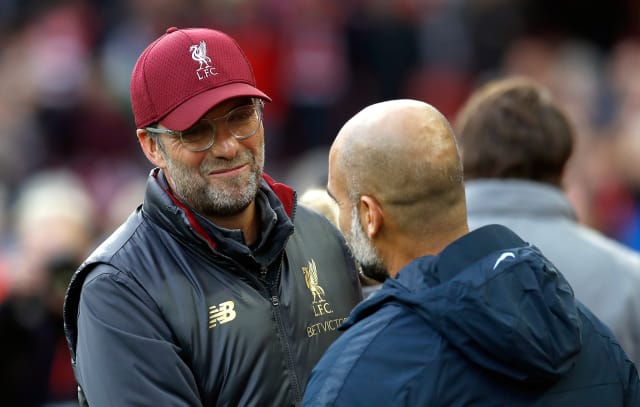 British football bosses have been grilled this week over the prospect of playing big games behind closed doors in order to prevent the spread of the coronavirus.

Leagues and clubs across England and Scotland have also ordered players to dispense with the routine pre-match handshakes as a means to minimise physical contact.

Here PA Media presents a test sample of opinions on what should happen next – or whether football bosses should just stay out of it and leave it all to the world’s eminent virologists.

“It’s hard to imagine, isn’t it? But obviously, they’re doing it now in Italy and it’s something we’re probably going to face.. people’s lives are at stake and we’ve got to go by the authorities. But it looks pretty inevitable that could be on the cards.”

“I don’t intend to make any comment or predictions, I’m not really capable of that. We’re taking every precaution and following every guideline.. but what will happen going forward, I’ll allow the people who know a lot more about medical matters than I do to decide that.”

“It’s not ideal but they have had to do it in Italy. I don’t know what measures are taken elsewhere but we’ll have to take a view on that if and when that situation arises. I don’t know the financial situations of other clubs but I would say it would be very detrimental to the financial well-being.”

“We all see the news but apart from that we trust the things the Premier League tell us. ‘No handshakes’ so no handshakes. ‘No mascots’ so no mascots. Why should you give a handshake in times when it is not the right thing to do?”

“I will definitely shake hands with Chris Wilder. We trust the specialists on coronavirus and don’t want to panic too much. It’s probably the right decision to not shake hands before kick-off, even though everyone probably will afterwards.”

“Every one of us I think is not happy to play behind closed doors but what we can do, nothing, we have to follow the instruction and hope everything will be solved soon. I think this is a moment and I hope that in April things are going to be normal.”