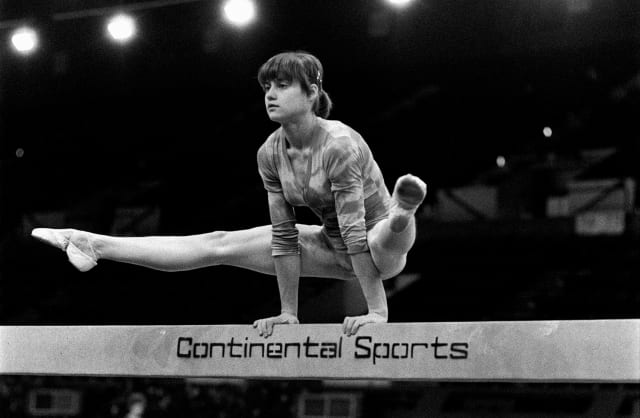 Forty-six years after 14-year-old Nadia Comaneci thrilled the world with her ‘perfect 10’ at the Montreal Olympics, women’s gymnastics is preparing to acknowledge another true trailblazer.

Comaneci says she is still coming to terms with the impact of her success in 1976 and believes Simone Biles can emulate her achievement in carving out a legacy for women’s sport which will endure for generations.

Biles, the most decorated gymnast in World Championships history with 25 medals including 19 golds, is hot favourite to enhance her Olympic haul at the Tokyo Games this summer.

Comaneci is convinced initiatives like International Women’s Day, of which she is a staunch supporter, are essential if future generations of girls are to turn that initial flash of inspiration into the chance to compete on the biggest stage.

Comaneci told the PA News Agency: “I competed when I was 14 and many years later people came to me and said thank you for breaking the ice for women, and I didn’t know what they meant – but now I do.

“I didn’t realise I was making a stand that we can do better than guys. Sport gave me that platform when I was very young.

Comaneci has marvelled at how the 22-year-old Biles has coped with an immense physical and psychological burden, including sexual abuse by the former US Gymnastics team doctor Larry Nassar, to remain almost unbeatable at the top of the sport.

“It only seems like yesterday that we were in Rio,” added Comaneci. “Simone did amazingly in Rio, and she is still around and she wants to do this.

“For me, the women’s gymnastics in Tokyo will be the only sport where you can predict who will win – even with mistakes she is winning.

“I think she is dealing very well with the pressure. It was more difficult in her first Olympics because that was the ice-breaking Olympics for her, and now she knows what is expected.

“I think she will do everything she is expected to do, with the idea that ‘this is my last shot’. If she’s got more left after this, then we’ll see.”

Comaneci rose through a state-controlled gymnastics programme in her native Romania which became notorious for physical and emotional abuse.

She made a daring defection from her then-Communist homeland in 1989 to the US, where she now lives and continues to work closely in youth gymnastics, acutely aware of the sport’s need to restore trust.

“The things that happened, everybody has to learn from that and put in place a lot of laws to put safety in first place,” said Comaneci. “Kids don’t have time to look around – they just come in the gym and play.”

Eager to inspire the ‘perfect 10′ stars of the future, Comaneci believes Biles will act as the ideal figurehead for both future female gymnastics and the cause of women’s sport far beyond the Tokyo Games.

“Even if she retires she’s got a dream that she will be non-stop connected with the younger generation and girls’ stories, and how great it is when you have someone who has been through the sport,” added Comaneci.

“A lot can still be done and should be done. I read that they (female athletes) still don’t get equal pay – but at least the door has been pushed.”