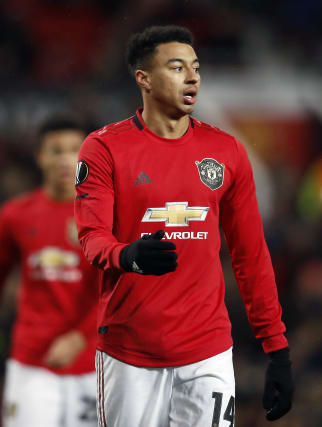 The 27-year-old was among six changes made for the 3-0 win against his former club at Pride Park, where video emerged on social media showing the attacking midfielder being abused as he made his way onto the team coach.

Lingard is heard being sworn at repeatedly as he signs autographs, before boarding the coach as another fan shouts “zero goals and zero assists”.

United team-mate Luke Shaw confronts supporters from the doorway of the bus and what appears to be a racist remark is allegedly uttered by someone waiting outside the coach.

The PA news agency understands the incident is being investigated by United, who feel the abuse of Lingard crossed the line.

The Old Trafford giants will see if Derby can insist their enquiries, while Derbyshire Police are also aware of the matter.

A Derbyshire Police spokesman said: “We are aware of the video that was taken outside Pride Park following last night’s game between Derby County and Manchester United and enquiries are ongoing.”