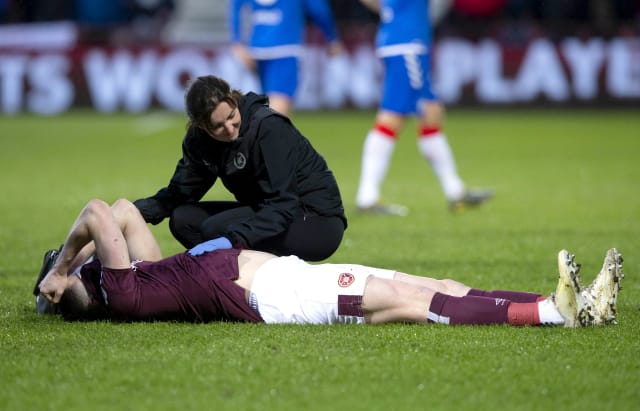 Hearts boss Daniel Stendel is monitoring a couple of knocks from his side’s Edinburgh derby win ahead of Saturday’s Tynecastle clash with Motherwell.

The Jambos claimed the bragging rights over city rivals Hibernian with a 3-1 win in Leith on Tuesday.

John Souttar (Achilles) and Peter Haring (pelvic trouble) are definitely missing along with midfielder Toby Sibbick, who could resume training next week after a bout of glandular fever.

Motherwell have a fitness doubt over Liam Polworth after the midfielder’s impressive display in the midweek win over Ross County.

Defender Bevis Mugabi is also struggling with a back injury.

Liam Donnelly completes a two-match ban while Jake Carroll (Achilles) remains out along with Charles Dunne and Jamie Semple (both knee).