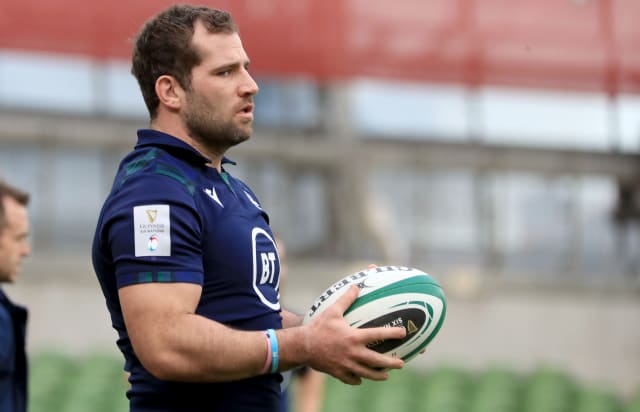 The Glasgow forward’s return is one of three changes to the pack which helped beat Italy a fortnight ago in Rome.

Exeter lock Sam Skinner is named on the bench as he eyes his first appearance since last summer after returning from the hamstring injury that cost him a place at the World Cup.

The replacements also features the return of 27-times capped Worcester stand-off Duncan Weir, who could make his first Scotland appearance since the 2017 championship, while Glasgow’s Kyle Steyn also hopes to get a run-out for his debut.

Les Bleus have already taken care of England, Italy and Wales but Townsend hopes his side can end their hopes of a Six Nations clean sweep.

The head coach said: “This week we face a France team that looks galvanised since the World Cup, with a potential Grand Slam in their sights following impressive wins over England, Italy and Wales.

“We have a lot of respect for their coaching team and the quality of player they possess throughout their squad, many of them just in their early stages of their international careers. We’re going to have to deliver our best rugby of the championship in order to beat a team in such good form.

“France’s victories have been built on an aggressive and well-organised defence so the precision, decision-making and effort in our attacking game will have to be very good in order to get in behind them this weekend.”