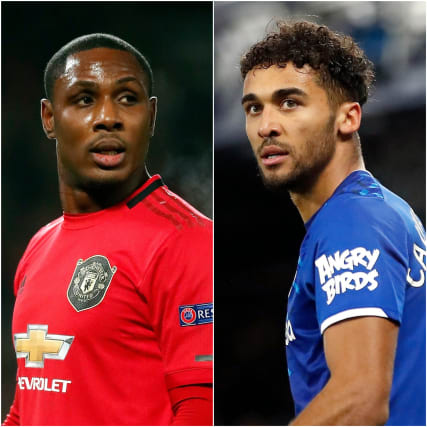 OdionIghalo could make his loan move to Manchester United permanent, reports the Daily Mail. The Nigerian striker joined the club on loan from Shanghai Shenhua in January and Ole Gunnar Solskjaer’s side want to firm up a deal for the 30-year-old, who scored twice against Derby in the FA Cup.

Arsenal are looking to bolster their midfield over the summer with the signing of Orkun Kokcu from Feyenoord, the Daily Mail says. The Gunners will reportedly offer £23million for the Turkey Under-21 star.

Dominic Calvert-Lewin will remain at Everton and sign a long-term deal until 2025, the Times reports. The 22-year-old signed for the Toffees in 2016 for £1.5million and has gone on to make more than 100 appearances, scoring 24 goals.

Meanwhile, the club are looking to bring centre-back Gabriel Magalhaes to Goodison Park, reports the Independent. The Lille and Brazil player had previously been linked with moves to Arsenal and Tottenham.

Odsonne Edouard has also caught the eye of the of Carlo Ancelotti, with Everton sending scouts to watch the Celtic man, reports the Daily Mail.

Ugurcan Cakir: Chelsea are looking to the Trabzonspor goalkeeper as a potential replacement for Kepa Arrizabalaga, reports Fotospor.

Morgan Sanson: The 25-year-old Marseille midfielder has caught the eye of Leicester, according to the Leicester Mercury.

Dani Ceballos: Arsenal have been linked with a bid to make the Real Madrid midfielder’s loan move permanent, reports Marca.