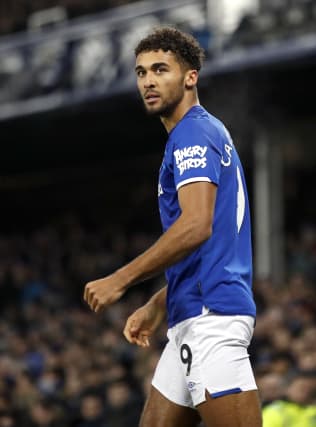 Everton striker Dominic Calvert-Lewin has signed a new five-year contract with the club, the Toffees have announced.

The 22-year-old, now on a deal running to the summer of 2025, has scored 15 goals in all competitions this season and eight in his last 10 Premier League appearances.

He has been with the Merseyside outfit since joining from Sheffield United in August 2016.

Calvert-Lewin told evertontv: “This is a very proud day. It has been enjoyable for me since the start at Everton and I am enjoying every day coming into training and every minute on the football pitch.

“The turnaround we have had since December is fantastic and the belief in ourselves we are back up there and can compete with the best is well and truly there.

“And with a man like Carlo (Ancelotti) leading the ship it makes it easier for us to believe in the process.

“We want to be in Europe and competing in the top competitions. It would mean that bit more to win trophies here because of the journey I have been on with Everton and Evertonians.

“Personally, I want to get to that next level.

“I like to think I have shown I am ready to live up to the expectations of being Everton’s number nine.

“But I am well aware of how much I need to improve and how much better I can do. I love where I am and the position I am in and I love playing for Everton Football Club.”