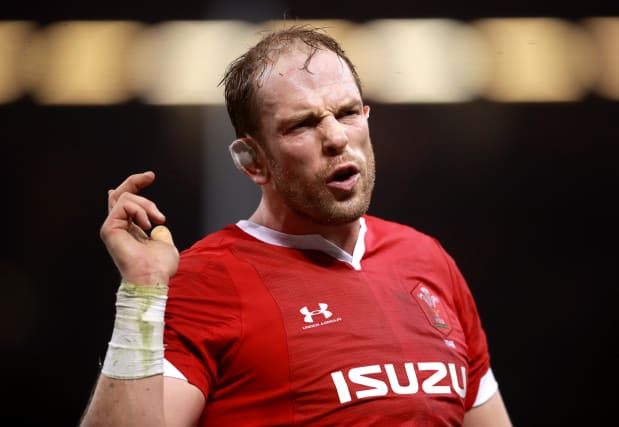 Wales captain Alun Wyn Jones has tried to ease fears fly-half Dan Biggar will not be fit enough to feature against England and insisted the Grand Slam champions know where they can improve after back-to-back defeats.

New head coach Wayne Pivac has endured a tough first Guinness Six Nations, with Ireland and France inflicting losses in February to ensure they will not defend their crown.

The last time Wales lost three consecutive games in the tournament was 2007, but they need no extra motivation ahead of this weekend’s trip to Twickenham.

Biggar was influential the last time England were beaten by rivals Wales on home soil, at the 2015 World Cup, but after suffering a knee injury while playing for Northampton last weekend he was a surprise inclusion in Pivac’s starting XV on Thursday.

Captain Jones said: “I can’t guarantee you anything really, can I, because I am not a medical professional. All I know is he is on the teamsheet and he is going to play.

He later added: “I have seen Dan move and shake and do all those things. I have seen him kicking, I have seen him passing, so I am not a medical professional but I can tell you he is going to play tomorrow.”

The inclusion of Biggar is a boost for Pivac, who was also able to name wing Liam Williams and number eight Josh Navidi in the Welsh team for the first time since last year’s World Cup.

“You always want the most healthy squad possible and it is always good to see your squad in a campaign get stronger and healthier,” Jones added.

“We obviously had a couple of guys that got injured and won’t feature, but it is good to see those guys come back in and bring energy and appetite to play. It is great to have them back.”

For the 2019 Grand Slam winners, life after Warren Gatland was always going to be difficult but after losing to Ireland and France, they now face arguably their toughest assignment of the Six Nations – a trip to World Cup runners-up England.

What gives the 137-cap Jones confidence is a period of reflection since the narrow defeat two weekends ago at the Principality Stadium to Fabien Galthie’s France.

The Ospreys lock said: “We don’t like to look too far back to previous games we’ve had and we won’t take anything away from the opposition, but we feel we could have expressed ourselves and done more in those games coming into this one.

“That is obviously a disappointment in regards to the results, but a positive in the fact we know where we can go right.”

Jones admitted everyone in the camp is aware of the significance of this fixture and what it would mean to win at Twickenham.

“If you could be involved in one, it would be this one because of what has gone on before and the hype that goes around it. It does not get lost on you,” the 34-year-old added.