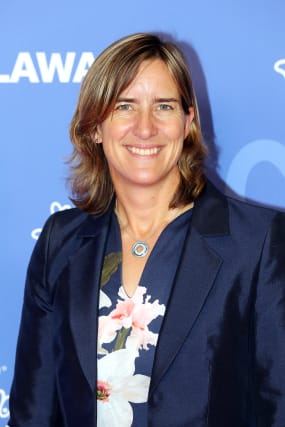 Dame Katherine Grainger says the level of inactivity among adolescent girls is “depressing” but hopes the Tokyo Olympics can convince a generation of females that there is a sport for everyone.

Grainger, the chair of UK Sport which administers funding to elite athletes and their governing bodies, says athletes like climber Shauna Coxsey and skateboarder Sky Brown can only help demonstrate to young girls that the possibilities in terms of getting active are endless.

Figures from researchers at the World Health Organisation published in November last year found that 85 per cent of girls between 11 and 17 got less than one hour of physical activity per day. The study covered 146 countries and ran between 2001 and 2016.

“The first thing to say is how depressing that number is, it’s so disappointing on so many levels,” Grainger told the PA news agency in an exclusive interview to mark International Women’s Day.

“The most important thing is to find out why that number is so high, and what it is that’s stopping girls and young women from accessing sport.

“Not every girl wants to be a super-successful athlete but you want everybody to be fit and healthy for the reason that it’s good for you. There’s so much evidence now that taking part in physical activity means you’re mentally sharper, and that mental health is enhanced by it.

“There are clearly a lot of competing reasons. I don’t believe we’ve got school sport right.

“That’s a whole different area to discuss – what place it should have in the curriculum, how teachers are trained. It should be part of young people’s lives, they should want to be physically literate as they are educationally literate.

“They enhance each other. For many people at school age it’s sidelined, it’s not given its place and I think that’s an ongoing challenge.”

There promises to be no shortage of female British stars who could light up the Tokyo Olympic and Paralympic Games this summer.

Established stars such as Dina Asher-Smith, Katarina Johnson-Thompson, Laura Kenny and Jade Jones could take their careers to their peaks this summer, while there are plenty of medal hopefuls set to feature at the Paralympics such as Amy Truesdale, Alice Tai, Ellie Robinson and Ellie Simmonds.

But Grainger, an Olympic rowing gold medallist herself in 2012, is impressed more widely by the prospect of women potentially being in the majority on Team GB, and by the introduction of new disciplines which give girls an appreciation of the different sports that are out there.

“For the Olympic team there’s a chance it could be the biggest team percentage-wise with women, and it could be that tips over to a majority of women,” Grainger said.

“The potential for that to be the case shows just how much partly the IOC have tried to get equality across to all the events. You also see from the Team GB side that that’s something that’s grown and grown over every Games and now could be majority women.

“One of the brilliant things is how many different sports you’re seeing women competing in and being successful in. When you’re talking about role models that feel relatable, you’re seeing amazing women across many sports.

“Shauna Coxsey, she’s just qualified, and Sky Brown, potentially the youngest ever if she qualifies. These are brand-new sports which are very exciting to be showcasing anyway, and we’ve got two females who’ll hopefully be competing for Great Britain.

“How brilliant that we’ve now got a British female climber and a British female skateboarder that a whole range of people trying out sport for the first time can suddenly look at and think: ‘I could get to the Games’. It’s not just the traditional sports we’re relying on, there’s real variety.”