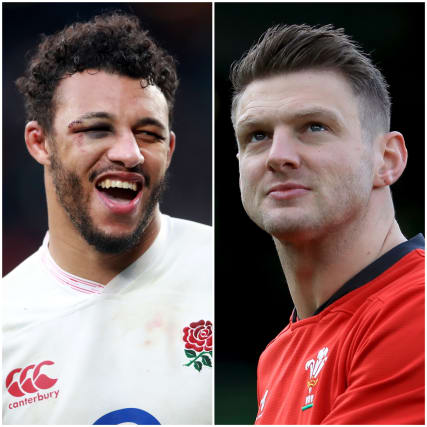 The fly-half has overcome a knee injury to start on Saturday and flanker Lawes is eager to land one of his trademark big hits on his Franklin’s Gardens colleague.

“Dan’s a good mate of mine, a really good guy. I’ll be hoping to put a shot on him, certainly,” Lawes said.

“Sure I’ll be giving him some chat and he’ll be giving the same to me. Looking forward to it! He’s someone we’re going to have to look after.

“Dan does wear his heart on his sleeve. He’s just a passionate guy who wants to do the best for his team.

“Anything we can do to get him off his game is going to be beneficial to us and I try to lead by example more than words.

“You enjoy playing against your mates – you get a bit of extra chat if you can do something to one of them. You have a good bit of banter on the pitch and do your best to get one over on them.

“I’m not the kind of player who needs to be angry or have hatred towards anybody to try and hurt them.”

Biggar was influential the last time England were beaten by rivals Wales on home soil, at the 2015 World Cup, but after suffering a knee injury while playing for Northampton last weekend he was a surprise inclusion in Wayne Pivac’s starting XV when it was announced on Thursday.

Wales captain Alun Wyn Jones said: “I have seen Dan move and shake and do all those things.

The hosts, who have beaten Scotland and Ireland since losing their opener to France, will have added motivation to get the better of Pivac’s men, who arrive on the back of consecutive defeats.

A year ago England were powering towards the Grand Slam as they followed up emphatic victories over Ireland and France by building a 10-3 half-time lead in Cardiff that eventually spiralled into a 21-13 defeat.

Wales went on to be crowned champions and the setback at the Principality Stadium is still a sore point in the England camp ahead of Pivac’s first visit to Twickenham since replacing Warren Gatland in November.

England coach Eddie Jones has declared “we owe them one” and defence coach John Mitchell agreed, saying: “It’s amazing how some games niggle away at you and that’s one game that niggles away at your stomach and your head.

“And that’s a good thing because it’s important to have those feelings and emotions because they’re what drive you. If you don’t have them you’re missing out on something vitally important.”