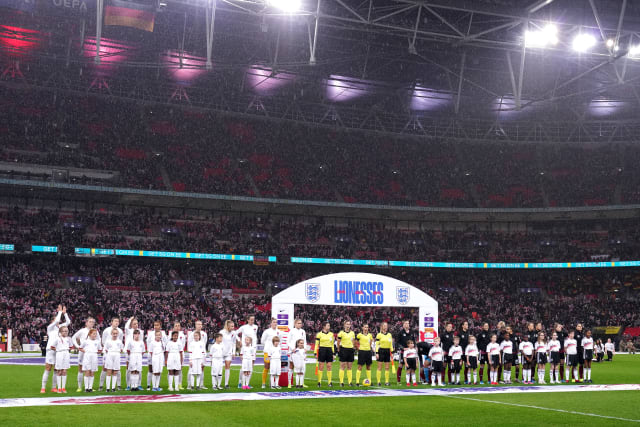 Baroness Sue Campbell wants England to keep raising the bar for women’s football after a hugely successful 12 months, with the European Championships on home soil just over a year away.

The Lionesses won the SheBelieves Cup last March before reaching the semi-finals of the World Cup in France.

While Phil Neville’s side endured an ultimately disappointing final two results at the tournament, losing to the United States in the last four and missing out on third spot after defeat to Sweden, they captured the imagination of the country.

A peak audience of 11.9million watched the clash against America and attendances for the Women’s Super League have improved drastically this season, while higher participation figures have been recorded over various age groups.

With Euro 2021 being played in England, the Football Association’s director of women’s football is in no doubt the current interest in the sport will not fall away and instead will only increase.

“We’re most grateful for the opportunity and we’re not going to let it pass us by,” Campbell said, speaking last month at an event to mark 500 days to go until the Euros, and ahead of International Women’s Day on Sunday.

“What we hope for the tournament is that we raise the bar yet again for the women’s game in England. We thought we’d raised it pretty high in the last few years, but we want to lift it again.

England hosted the Women’s European Championships in 2005, with the final played at Blackburn’s Ewood Park in front of 21,105 spectators.

Fast forward to next year, 16 years on, and Wembley will host the final while Manchester United’s Old Trafford home will be used for the first match and is expected to be a sell-out.

“Bringing it back to 2005, that was the last time when you hosted, Blackburn Rovers was the final,” UEFA’s head of women’s football Nadine Kessler added.

“And now with England lifting the bar again, with almost 750,000 tickets available… What do you need to say more? This is truly an exceptional story and journey for women’s football.”

It speaks volumes that current Lionesses player Jordan Nobbs, 27, admitted recently a part of her wishes she was 10 years younger.

The Arsenal midfielder said it with reference to the changes in the women’s game in comparison to when she started out during the 2008-09 season.

With a crowd of 77,768 recently attending Wembley to watch the Lionesses and WSL clubs also being given the chance to play at the home of the men’s side on occasion, this is a new era for the sport.

It is a stark contrast to Nobbs’ younger days growing up in the north-east.

“I grew up where we were a full girls team playing against all boys behind Morrisons,” she said.

“We can now see the game has changed. Maybe I would love to be 10 years younger and grow up in a different environment.

“But it is great to have grown up in a semi-professional to a professional world and say we were a part of that change. It is pretty special.”

More progress is needed, with pitches in the WSL falling short of the quality the players deserve and all the clubs still playing at lower-league stadiums.

It is far from perfect, but huge strides have been made and England boasts a number of competitive teams with Chelsea making the Champions League semi-finals in 2019 and Arsenal through to the last eight this year.

After talking the talk, everyone must ensure more plans are put in place and followed through to keep raising the bar for women’s football.