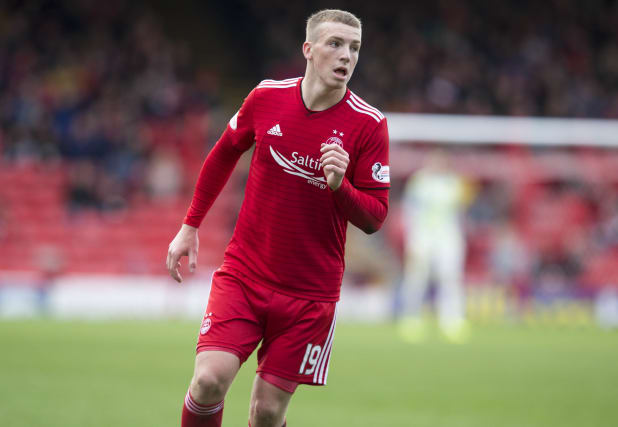 Aberdeen boss Derek McInnes hopes top scorer Sam Cosgrove will shake off a back injury in time to face Hibernian on Saturday.

The 23-goal frontman missed Wednesday’s 2-2 draw at Kilmarnock and is a doubt for this weekend’s Pittodrie clash.

Dean Campbell is free from suspension while Craig Bryson is available after McInnes chose not to risk the veteran midfielder on the plastic Rugby Park pitch. Centre-half Scott McKenna (hamstring), full-back Greg Leigh (shin) and winger Scott Wright (knee) remain on the sidelines.

Hibernian striker Marc McNulty will sit out his team’s trip to Pittodrie after being punished with a two-game ban for his Edinburgh derby stamp.

The on-loan Reading frontman has accepted a charge of violent conduct after planting his foot into Hearts midfielder Sean Clare’s back and will start his suspension on Saturday.