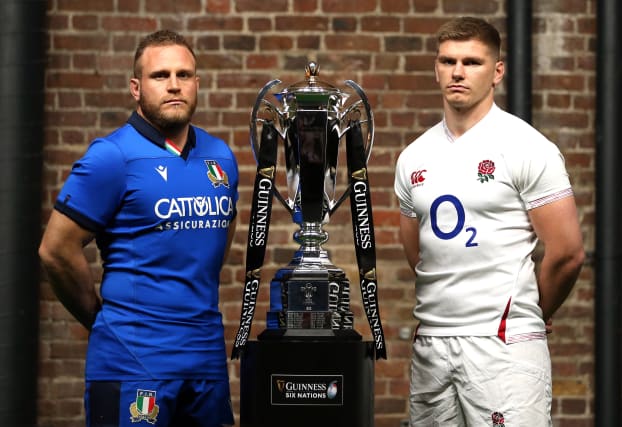 The coronavirus outbreak has forced England’s Guinness Six Nations match at Italy on March 14 to be postponed, the PA news agency understands.

There was the option to play the Rome encounter behind closed doors, but tournament organisers have chosen to reschedule it for later in the year, which will also be the case for the Ireland-Italy game due to be played this weekend and also postponed due to the spread of Covid-19.

The Women’s Six Nations match between Italy and England in Padua on March 15 is also believed to have been called off, following on from the previous postponements of the Italy-Scotland and Ireland-Italy games in the tournament.

Andrea Agnelli, chairman of Serie A giants Juventus, says containing the outbreak of the coronavirus is at the forefront of every clubs mind in Italy, with economic effects coming secondary.

The Italian government decree released on Wednesday said all sporting events in the country would not be open to the public until April 3 in an attempt to halt the spread of the virus.

Italy is the European country most affected by coronavirus, with more than 3,000 people infected – a number which includes over 100 deaths. Eleven towns in northern Italy are in lockdown.

Speaking at the FT Business for Football summit, Agnelli said: “The phase we are in with spread of Covid-19, public health is paramount and the objective of everyone is to contain the virus as much as possible.

“Our position as a club has been clear. We have to take the line of the scientific community of what should and should not be done, then it’s the role of the authorities to come out with the correct pieces of law and sporting authorities must follow suit.

“We must behave responsibly. The economic effects of such responsible action should and will come second. From there on it is not for clubs to decide what should be done, our responsibility is to follow what the authorities have told us in the interest of public health.”

Golf continues to be badly affected by the spread of the virus, with the MENA Tour postponing the rest of this season’s tournaments until September-December.

Five of the events were due to take place in the United Arab Emirates, with the season-ending Arena Championship schedule for April 20-22 in Jordan.

A statement from the MENA Tour read: “Unfortunately, due to the various travel issues caused by the ongoing COVID-19 situation, the MENA Tour by Arena has decided to postpone the remainder of our 2020 season to September-December. We will post the new schedule as soon as possible.”

On the Asian Tour, the Royal’s Cup 2020 scheduled for March 12-15 in Thailand has been postponed indefinitely.

In cycling, Astana Pro Team have followed Team Ineos and Mitchelton-Scott in withdrawing from all races until a later date in March due to the coronavirus.

A statement confirmed the team will not return to racing until March 20, meaning they will not participate in races at the Strade Bianche, Paris-Nice, and Tirreno-Adriatico.

General manager Alexandr Vinokurov said: “With this measurement, we have chosen to protect the health of our riders and staff and to take our responsibility for the society in not further spreading the virus.

“Of course, we would have preferred to participate in all upcoming races, but for now, it’s safety first. We still have a long season ahead with many other important races. It was not an easy decision, but we have to protect the cycling family as well as our own families at home.”

Football’s world governing body said in a statement: “For both FIFA and the AFC, the well-being and health of all individuals involved in football matches remains the highest priority, and as such, a formal proposal to postpone upcoming matches in the Asian FIFA World Cup 2022 and AFC Asian Cup 2023 qualifiers will now be shared with the relevant member associations.”