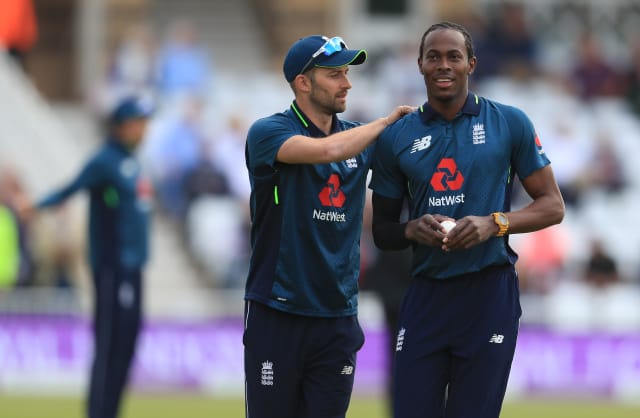 Saqib Mahmood believes Jofra Archer and Mark Wood have “raised the bar” for English pace bowlers as he attempts to inject some speed into the tour of Sri Lanka.

Archer and Wood have both turned in lightning spells over the past year, regularly rattling helmets across all three formats to successfully banish the England attack’s ‘military medium’ image.

The duo have each been clocked at over 96mph but such work comes at a price and both are absent from this month’s trip due to injury, Archer nursing an elbow problem and Wood out with a side complaint.

Wood’s withdrawal opened the door for Mahmood’s call-up and although the uncapped Lancashire seamer cannot yet match the velocity England have become used to seeing, he is confident he has the firepower to make an impact on the spin-friendly surfaces of Galle and Colombo.

“I think those two guys have really raised the bar in terms of pace,” he told the PA news agency.

“A few years ago you would read the reports on England and we were crying out for 90mph bowlers. Now we’ve got two bowlers who can get it up past 95mph.

“For someone like me who touches 90mph, you’re looking at these guys and it’s almost like that’s not quick enough anymore! But these guys make me hungrier to keep working hard and get quicker.

“In this team that’s probably what I’ll be looking to do: bowl short spells and try to be as quick as I can be. As a seamer over here you’re not going to bowl the same number of overs you would in England so you have to make the most of them.

“I want to attack with the new ball, but I also want to attack later in the innings and not just be a bystander in the field when the spinners are getting through their overs. Whether that’s by getting the ball reversing or by making something by bowling three or four overs as fast as possible, I just want to show everyone what I can do.”

Mahmood is vying with experienced campaigners Stuart Broad and Chris Woakes for a place in the XI and should get his chance to impress in a three-day warm-up match starting on Saturday. Although eager to crank it up, he does not intend to compromise his other attributes in the process.

“There is a fine margin, you have to be careful as a bowler and not search so hard for something that you lose what you’ve got,” he explained.

“At the moment I can bowl high 80s and also have skill and control. I wouldn’t want to sacrifice anything in search of another three of four miles an hour but hopefully that will come naturally. I’m only 23 and as I grow older I should get stronger in my action.”

James Anderson is not on the trip, with selectors opting to rest the country’s record wicket-taker following his recent broken rib, but Mahmood revealed how sharing a Lancashire dressing with the 37-year-old, as well as former England bowler Graham Onions, had accelerated his development.

“I’m very lucky. A lot of bowlers around county cricket would love to be in the situation I’m in at Old Trafford,” he said.

“Some players dream about playing with Jimmy and I get to do it week in, week out. Jimmy’s not going to sit down, put a ball in my hand and say, ‘Hold it like this’, it doesn’t work like that, but biggest thing is being out there and taking the field with them.

“I may not have a great deal to offer those guys but just listening to the conversations they have, their thought processes, was an invaluable experience. As good as you’re ever going to get.”

England completed their first training session at the Premadasa Stadium in Colombo on Thursday, with Ben Stokes the only absentee. The star all-rounder was due to land in the afternoon having delayed his departure to attend a funeral.

Jack Leach warmed up on his own as he continues to work through a left calf injury but did bowl in the nets.