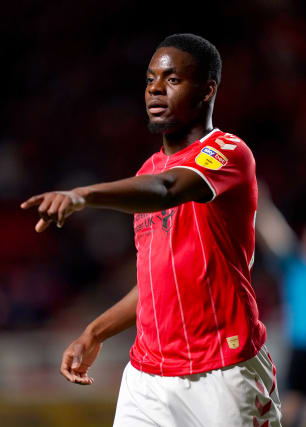 Kick It Out insists it did try to contact Charlton concerning the allegations of racist abuse made by Jonathan Leko against Leeds goalkeeper Kiko Casilla.

Leko, who is now back at parent club West Brom because of an injury, criticised Kick It Out, the Professional Footballers’ Association and Show Racism The Red Card in a statement on Wednesday over what he saw as a lack of support from them.

He was also unhappy with the length of time the disciplinary process took, with the allegation initially made in September last year and the independent regulatory commission’s sanction against Casilla – an eight-match ban – only being announced last Friday.

Leko said he had received “no contact” from Kick It Out, but the anti-discrimination body said it had made attempts to get in touch with the player via his club at the time.

“Kick It Out did reach out via the proper channels to Charlton within days of the incident to offer our support to Jonathan Leko and we extend him our sympathy as he did not receive the appropriate support he needed during this stressful experience,” a statement from the body read.

The Kick It Out statement continued: “We can confirm that we have not heard from Kiko Casilla or Leeds United as yet, however we extend an olive branch to him and the club to provide practical support and continued opportunities for re-education.”

The PFA apologised to Leko in a statement on Wednesday and was due to meet with the player on Thursday.

Leko’s comments about the time the process had taken were seen as a criticism of the Football Association, which oversees disciplinary matters in the domestic game.

The gathering of evidence, both oral and written, can take a considerable amount of time and finding a hearing date which works for all members of the independent panel, legal representatives and witnesses can also cause delays.

Casilla was alleged to have shouted “you f****** n*****” at Leko during a match at Charlton on September 28 last year, according to the written reasons in the case which were published on Tuesday.

Those exact words were clearly heard by Leko and team-mate Macauley Bonne, the commission was told.

Casilla claimed he could not have used the term ‘n*****’ because he did not know what it meant due to his poor English.

Leko said in his statement, which was released on West Brom’s official website on Wednesday: “I have been disappointed with the amount of time it has taken to reach this point.

“Knowing what occurred in the game that day, it has been difficult to watch Kiko Casilla continue to play for such a lengthy period as if nothing had happened.

“I would urge the game’s governing bodies to look into their own processes when such incidents are reported. It was 22 weeks between the incident and the hearing during which I had minimal contact from the PFA, of which I am a member, and no contact in the way of support from leading anti-racism bodies such as ‘Kick It Out’ and ‘Show Racism The Red Card’. Some support or guidance would have been very welcome.

“By bringing the incident to the referee’s attention immediately, I was only doing what I have been educated to do throughout my career. But I found the hearing, at which I was made to feel I had done something wrong, extremely stressful.”

Charlton manager Lee Bowyer admitted it had been a tough time for Leko, insisting he has had the support of the London club “since day one”.

“You could see he wasn’t himself,” the Addicks boss said.

“He’s a bubbly and confident lad and he was a bit quiet for a while after. But the group got him through that and he was himself again.

“While he was here, everyone was around to support him. The most important thing now is that it’s been dealt with and we can move on.”