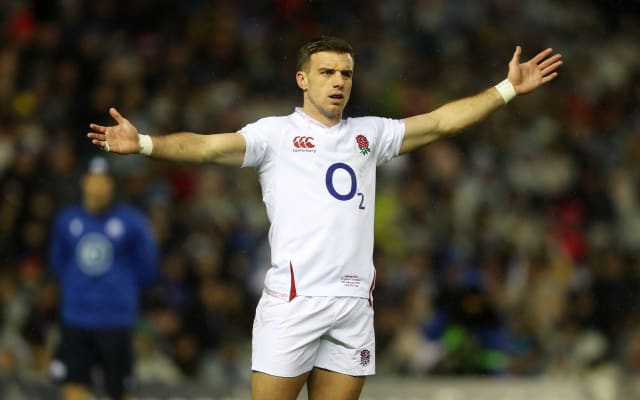 George Ford says the importance of rugby has been put into perspective by the coronavirus outbreak that has forced the postponement of England’s Guinness Six Nations clash with Italy.

Tournament organisers are searching for a new date to stage the Stadio Olimpico showdown, which was due to be held on March 14 but has been pushed back until later in the year rather than being played behind closed doors.

England’s penultimate-round fixture against Wales at Twickenham on Saturday is unaffected and is now potentially the senior squad’s last outing until they gather for the autumn series.

“When we were in Japan there was the typhoon… there are bigger things that are more critical than us playing in a rugby game,” he said.

“There are important things other than playing against Wales. You speak about family all the time and there are things that happen in your life all the time.”

“It’s been a completely normal week. We went out for food together on Wednesday night,” the Leicester fly-half said.

“In terms of hygiene, not much has changed because we want to be pretty red hot on that anyway. It’s just reminders more than anything to keep good habits around camp.

“It’s hard to believe, but we’re genuinely just concentrating on the game on Saturday first and foremost. It will be a tough enough challenge as it is.”

Eddie Jones echoes Ford’s view by claiming England’s only aim is to topple their old rivals while tuning out the turmoil that has engulfed the Six Nations and other sports amid mounting concerns over public health.

“The only thing I’m focused on is Wales. There’s going to be 82,000 people yelling and screaming, knowing we’re going to play a really tough, positive game of rugby,” Jones said.

“We’ve probably had our best training run of the Six Nations. We’re not far underneath where we were at the World Cup now in terms of physical condition and the intensity we can potentially play with.”

Jones has targeted Saturday’s showdown for England to peak in the 2020 Six Nations and the Australian has a score to settle.

A year ago England were powering towards the Grand Slam as they followed up emphatic victories over Ireland and France by building a 10-3 half-time lead in Cardiff that eventually spiralled into a 21-13 defeat.

Wales went on to be crowned champions and the setback at the Principality Stadium still rankles ahead of Wayne Pivac’s first visit to Twickenham since replacing Warren Gatland in November.

“You never like to lose to Wales – and we lost last year. We were in the position we were in at half-time and we’ve learned from that,” said Jones, who steered England into the Yokohama final where they lost 32-12 to South Africa.

“That was one of the key games that got us in our best condition for the World Cup. It’s still a game that I’m sure irks every player who played in it. It certainly irks me.

“You’ve got to remember they beat us last year, so we owe them one. England-Wales games are a little bit different. They go down to the wire.”

The postponement of Italy means England could be saying goodbye to two stalwarts on Saturday – George Kruis, who is weighing up an option from Japanese club rugby, and Leicester-bound assistant coach Steve Borthwick.

“Steve’s been an unbelievable servant for English rugby. He’s done a great job for the team for the last five years. He’s going to turn out to be an outstanding coach.”