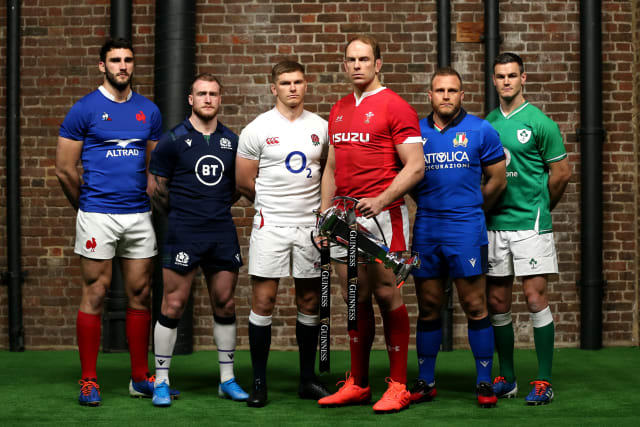 England’s Guinness Six Nations clash away to Italy on March 14 has been postponed, the PA news agency understands.

The coronavirus has been the elephant in the room ahead of Saturday’s visit of Grand Slam champions Wales.

Here the PA news agency looks at how the spread of Covid-19 has dominated the focus before this weekend’s Twickenham encounter.

Why is Mako Vunipola unavailable for the match with Wales?

The Saracens prop was initially named in Eddie Jones’ 34-man training squad on Monday after he returned from Tonga at the weekend. He missed the match with Ireland on February 23 due to unspecified personal reasons so a return to the fold for the Wales fixture was big news. But it later transpired his flight back to England from Tonga was via Hong Kong, a location of significant coronavirus outbreak. England’s medical team therefore made the decision to ask Vunipola not to join up with the squad.

How come Vunipola can play for Saracens?

In a shock twist, Saracens revealed on Wednesday morning that Vunipola was training with them and available for this weekend’s Gallagher Premiership fixture with Leicester. A statement read: “Travellers returning from Hong Kong are not currently subject to mandatory quarantine or self-isolation unless they become symptomatic.” With Vunipola not displaying any symptoms, Saracens feel the forward can play against Leicester, but will continue to monitor him. England cited their camp environment as a key reason for their caution with asking the 29-year-old not to report to their base at Pennyhill Park.

Can England now focus on Wales?

To an extent, but with the coronavirus causing havoc in Italy, England could be forgiven for having an eye on what is the latest there considering their final 2020 Six Nations match is in Rome. Ireland were due to host Italy this weekend, but it was postponed in order to limit the chances of Covid-19 spreading further. On Wednesday it was revealed the Italy-England match could either be played behind closed doors or postponed and on Thursday the March 14 fixture was called off, with a new date to be found.

The current postponement will have little impact on the final winner of the Six Nations if France continue their excellent form. Fabien Galthie’s side are the only team left who can win the Grand Slam and that will be achieved if they win at Scotland on Sunday and triumph against Ireland at the Stade de France on March 14. However, the postponements involving Ireland, Italy, and England would affect the final table and could result in the tournament not finishing until later in the year.

Has any previous Six Nations even been disrupted this much?

In 2001 the Six Nations did not conclude until October due to the outbreak of the livestock disease foot and mouth in Britain. Restrictions were placed on travel and after the first two rounds were played without disruption, the championship did not finish until the winter when Ireland played their matches with Scotland, Wales and England. The Grand Slam was on for England until the final match on October 20 at Lansdowne Road, but they lost 20-14 and that result finally brought a long drawn out Six Nations to an end.

When can England play Italy?

The earliest possible opportunity for England and Italy to rearrange this postponed Six Nations match appears the end of June. Both have fixtures in July, but domestic and European competitions will be over by June 20. With England playing Japan on July 3, the weekend of June 26-28 is an option, but it would be disrupted by the the Gallagher Premiership play-off final and would leave little preparation time for Japan. Failing that, both unions may look to arrange something for the end of July or even later in the year.