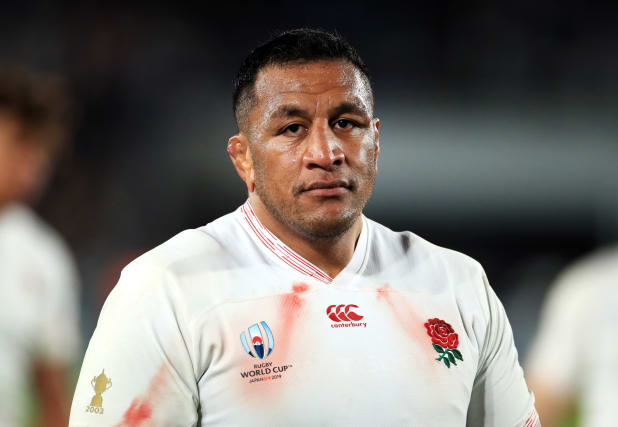 England have revealed that their camp environment influenced the decision to stand Mako Vunipola down from Saturday’s Guinness Six Nations clash with Wales.

Vunipola returned from Tonga over the weekend having flown back via Hong Kong – a location of a significant coronavirus outbreak – and on Monday was named in a training squad for the Twickenham showdown.

Although asymptomatic for Covid-19 and not self-isolating, Vunipola was then withdrawn before the players gathered at England’s Surrey training camp.

But in a twist, the Lions prop’s club Saracens announced on Wednesday morning that he had been fully involved in training at Allianz Park and is contention to play in Saturday’s Gallagher Premiership clash with Leicester.

Shaping the decision made by England’s head of medicine Dr Simon Kemp and team doctor Dr Richard Tingay was the close-knit surroundings of England’s camp, where players are in close proximity for long spells of the day.

“Our medical team looks at our team environment, not other people’s, and that’s the advice we followed,” Borthwick told BBC 5 live.

“We are a camp-based environment and we stay in together 24 hours a day effectively.

“Mako didn’t come into camp on the advice of our medical team, who looked into the situation closely and as a precaution advised us that the best thing for our environment was for him not to come in.

“Mako is not ill, he is not in self-isolation, but the advice we got for our environment from our medical team and the relevant parties they consulted was that he should not come into camp. So that’s the advice we followed.”

Vunipola was visiting Tonga with his younger brother Billy for unspecified personal reasons, but both are now back in north London.

“Neither Billy or Mako have displayed symptoms of the coronavirus (Covid-19) and on their return to London were assessed by the club’s medical staff,” a Saracens statement read.

“Travellers returning from Hong Kong are not currently subject to mandatory quarantine or self-isolation unless they become symptomatic.

“Saracens will continue to follow the Public Health England and World Health Organisation regulations surrounding coronavirus and the medical staff will be closely monitoring Billy and Mako on a regular basis.”

England’s decision over Vunipola has been made easier by the presence of Joe Marler and Ellis Genge, two high-quality looseheads who are arguably the preferred starter and replacement to face Wales on current form.

Vunipola was rested for the Six Nations opener against France, started against Scotland six days later and was then ruled out against Ireland due to his sudden departure for Tonga.

Eddie Jones said he was highly unlikely to be involved against Wales only to initially name him in the squad that was quickly revised.

England’s last two Six Nations games are currently unaffected by coronavirus but the Italian government are meeting on Wednesday afternoon in talks that could affect the trip to Rome on March 14.