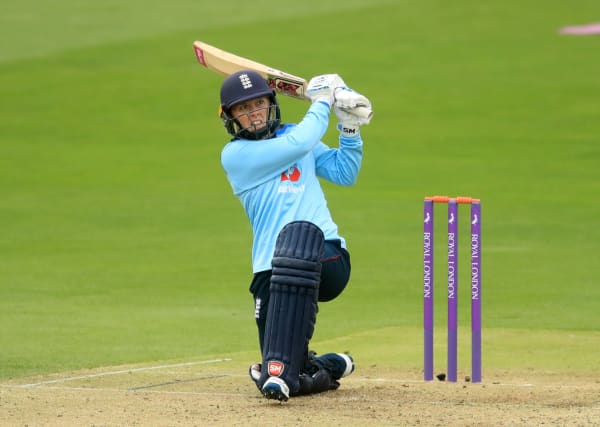 Prize money for this summer’s inaugural The Hundred will be split equally between the women and men’s competition.

The England and Wales Cricket Board confirmed on Wednesday the total prize budget of £600,000 will be shared 50/50 as part of the governing body’s “long-term commitment to making cricket a gender-balanced sport”.

Eight new city-based franchises will feature top talent from around the world, while also offering home-grown talent the chance to shine.

The opening fixture of the new 100-ball format competition is on July 17 when Welsh Fire will travel to Oval Invincibles.

The finals are set for August 14/15, with the scheduling through the summer holidays aiming to win over a fresh family audience.

England captain Heather Knight, who will lead London Spirit women’s team, feels the move of equal prize can only have a positive impact on the future development of the game.

“Women’s professional cricket is on an exciting journey,” Knight said.

“While there is still a way to go to realise gender-parity, this move from The Hundred is a significant step in the right direction.

“We are all really excited about playing in the new competition and hopefully inspiring more young girls and boys to pick up a bat and ball.”

Head of The Hundred women’s competition Beth Barrett-Wild believes the financial commitment is testament to the “huge value” which female players will bring to the fledgling tournament.

“The ECB is committed to transforming women’s and girls’ cricket, from inspiring young girls to pick up a bat for the first time, through to establishing the women’s game as a professional career option,” Barrett-Wild said.

“This announcement today represents one signal of intent towards that commitment.”