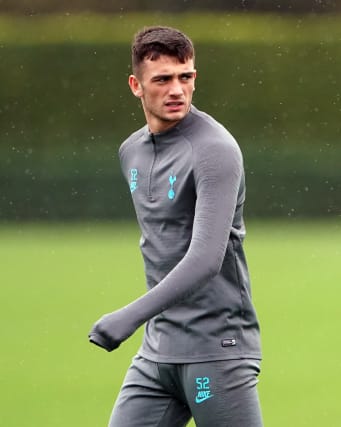 Republic of Ireland coach Mick McCarthy insists he cannot argue with Tottenham boss Jose Mourinho if he does not want to give playing time to young star Troy Parrott.

Mourinho has come under big pressure to play the 18-year-old in the absence of Spurs’ front-line strikers, with Harry Kane and Son Heung-min out injured.

Dublin-born Parrott is a prolific scorer at youth level and has already played at senior level for his country, but has yet to play a full 90 minutes at club level.

McCarthy admits he has little chance of being involved when Ireland take on Slovakia in a crucial Euro 2020 play-off semi-final later this month, but does not bear any grudges against Mourinho for keeping the player under wraps.

“I wouldn’t comment on anyone else’s players. I think Jose is one of the best managers that’s been around for a very long time,” McCarthy said.

“And if he doesn’t want to play him, I’m not going to argue with him. Jose is a top man, he picks his own players.

“He’s had what, five minutes as a sub? That would really get him ready for the Slovakia game wouldn’t it?”

McCarthy had hoped Parrott would go out on loan in the January transfer window to get some playing time under his belt, but he was unable to owing to the fact that he needs to complete two uninterrupted years at Spurs in order to qualify as a homegrown player for UEFA’s Champions League B list.

He would only have reached that point on February 4, when he turned 18, which would have meant the clock resetting on the qualification process if he had moved away.

McCarthy, who gave Parrott his debut against New Zealand last November, said: “If he had gone out on loan it would have benefited them long term because I think he’s ready for that.

“But again, they are not my decisions to make. It would have benefited Troy but it just didn’t work out.”