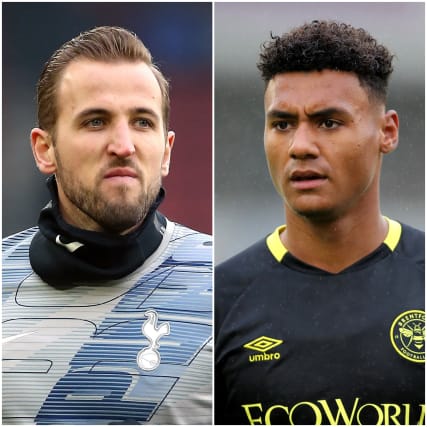 Tottenham may struggle to convince Harry Kane to stay at the club in the summer, the Daily Telegraph reports. Spurs manager Jose Mourinho will reportedly have just £50million to spend on his squad if Tottenham fail to qualify for the Champions League, complicating efforts to retain the 26-year-old striker.

Ollie Watkins‘ 22 goals in 37 appearances this season for Brentford have attracted the attention of West Ham, according to The Sun. The Bees were not interested when West Ham made contact about the 24-year-old, but the Hammers will return with a fresh offer if Brentford fail in their bid to be prompted to the Premier League. The striker’s future is far from certain, with Sheffield United also chasing his signature.

A significant pay cut will be necessary if AlexisSanchez, 31, wishes to stay at Inter Milan permanently. The Daily Mail cites Tuttosport as saying Inter agreed to cover £4.5m of his £21m annual salary as part of their loan deal last summer, but the Italian club now want the forward to drop his demands by “at least half” to stay in Serie A.

The Birmingham Mail reports Aston Villa  are “very interested” in signing midfielder Morgan Sanson from Marseille. But the paper, which cites France’s Le Phoceen, says the move is dependent on 19th-placed Villa staying in the Premier League. Sanson, 25, has scored four goals in 26 league appearances this season and has also attracted interest from Wolves, Manchester United and Everton.

Ferran Torres: The 20-year-old Valencia winger is being targeted by Liverpool, Real Madrid and Barcelona, the Daily Mail reports.

Jack Grealish: The Sun says Manchester United are preparing an offer for the Villa forward, 24, of £60,000 a week and a transfer fee of £60m.