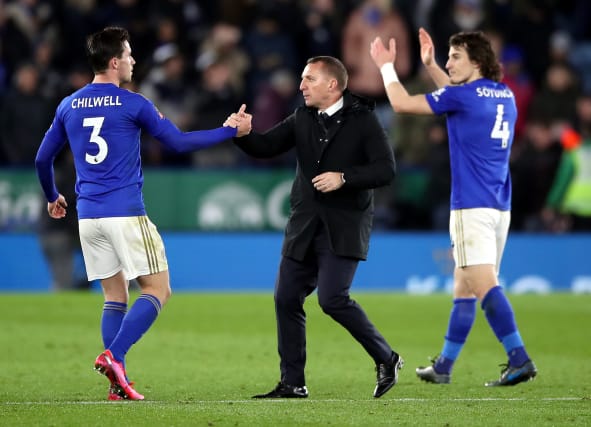 Leicester boss Brendan Rodgers felt the FA Cup victory against Birmingham was a return to form for his team.

Wednesday night’s 1-0 success was the Foxes’ first win since they beat Brentford in the previous round of the competition on January 25.

The indifferent performances of Rodgers’ side since meant that Ricardo Pereira’s 82nd-minute header was Leicester’s first goal in 387 minutes of football, since a 2-2 draw with Chelsea in the Premier League on February 1.

The Foxes had to be patient against a Birmingham team whose dogged defensive fortitude saw them arrive at the King Power Stadium unbeaten in 13 matches in all competitions, and Rodgers said: “It was always going to be tough for us.

“If you look at Birmingham’s record and the organisation and the resilience that they have, they haven’t lost a game since the turn of the year so that tells you everything you need to know about their mentality.

“You always have to work hard against teams who are well organised and we threw everything at the game end ended up getting the goal, which was a great header by Ricky.

“It was important for us to get back to our game tonight. Every team has a blip and every team has a little wobble at some point in the season where the results go a little bit but these players have been absolutely incredible over the course of the season and since I’ve been here.

“Their honesty will get them back to that level but I thought tonight, especially in the second half, that was more like us. I’m delighted for the guys, a clean sheet as well and we are in the quarter-finals.”

Leicester will host Chelsea in the quarter-finals, as they did the last time they reached the last eight in 2018.

“When you arrive at this point of the competition there are some really good teams but I think every team wants to be at home so we are delighted to be at home.”

Birmingham boss Pep Clotet was proud of his side’s performance and was able to take positives from the defeat.

“We feel disappointed not to make it through, of course, because we had to put in a lot of effort,” said Clotet.

“But I need to congratulate Leicester because we made it very difficult for them. We had a lot of organisation defensively, we locked a lot of space, a lot of gaps and limited their inside play to make them go around us. The team worked very hard.

“Leicester can be very incisive and we had to stop it, we knew we couldn’t come here and play an open game given the difference between the two teams.

“I am proud of my team because what we did we did with quality, with intention and mentality. We managed to keep Leicester to two shots on target so it was good from us defensively, although not enough to win as obviously you need more things than that to win.

“But we take lessons and I think the team took a step forward tonight.”