‘It was unfair on him’ – Gareth Southgate regrets Chris Smalling criticism 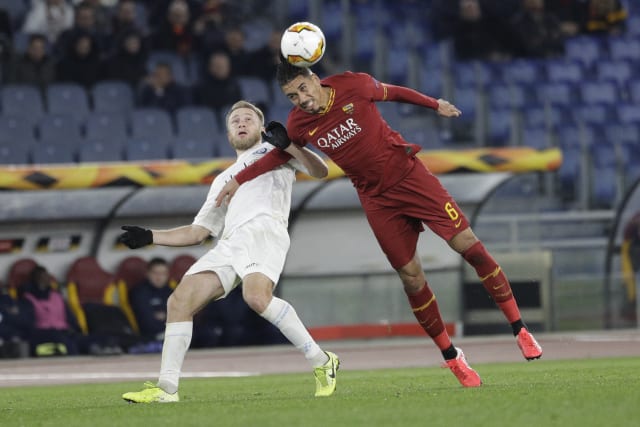 England manager Gareth Southgate says he regrets his criticism of Chris Smalling and is delighted by the defender’s Roman renaissance this season.

Southgate dropped the 30-year-old from his plans ahead of friendly internationals against Germany and Brazil in November 2017.

In trying to explain Smalling’s omission, Southgate said at the time: “We want to play in a certain way and the players I have brought in I want to see using the ball from the back and building it up in a certain way.”

That apparent slight on Smalling’s ability is something the England boss still feels badly about.

Smalling accepted the opportunity to join Roma on loan from Manchester United for the rest of the season last summer, and has been a huge hit in the Italian capital, raising questions over whether he could yet feature in England’s Euro 2020 squad.

Southgate is happy to see how well the move has gone for Smalling, and said: “I’ve never ruled anybody out. I think that would be wrong. I think I said I probably regretted the way the message (came over) – by praising others for certain attributes, there was criticism for Chris.

“It was my fault and it was unfair on him. I think he’s done well in Italy. He’s playing at another big club. He was obviously playing at a big club before. We’re watching everybody because we’ve got to make sure we make the right decision.

“I spoke to him when I left him out the squad and explained what I explained to everybody.

“Of course because of the way it came out, there was little point – I wasn’t going to say anything that hadn’t already been said.”

Smalling has spoken about how much he is enjoying life in Italy, and it has been reported that Roma would like to make the move a permanent one.

He also said in a recent World Soccer interview that he has not given up hope of featuring for England at the Euros.

“I haven’t spoken to (Southgate) but I know he has watched some of my recent games and, of course, I would love a call-up for Euro 2020,” he said.