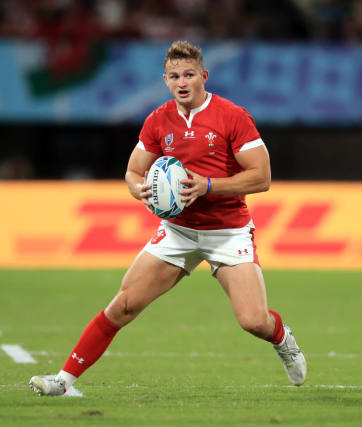 Wales wing Hallam Amos will miss the rest of the 2020 Guinness Six Nations due to a knee injury.

Amos sustained the injury during the Cardiff Blues’ Guinness PRO14 victory over Benetton on February 23.

“He (Amos) will have surgery and it is expected that he will also miss the remainder of the season,” a Welsh Rugby Union statement read.

Wales have fitness concerns over outside-half Dan Biggar and wing George North ahead of Saturday’s Six Nations game against England at Twickenham.

Wales have a fly-half injury crisis with Gareth Anscombe, Rhys Patchell and Owen Williams all sidelined.

North has been going through concussion protocols after being forced off during the early stages of Wales’ Six Nations loss to France last month.