Tokyo Games could be postponed until end of 2020, says Japan’s Olympic minister 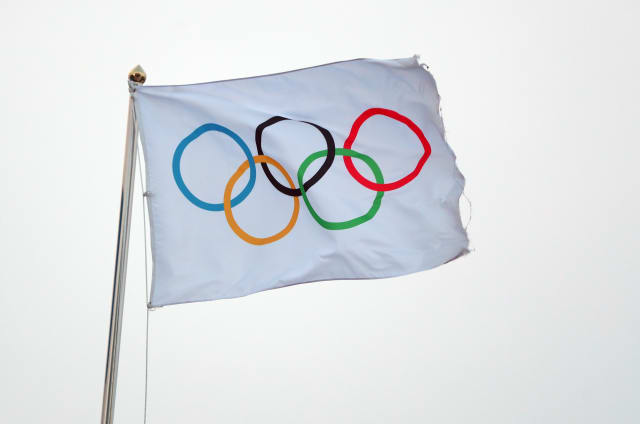 Japan’s Olympic minister has suggested Tokyo 2020 could be postponed until later in the year as a result of the coronavirus outbreak.

Seiko Hashimoto told Japanese parliament that the Government’s agreement with the International Olympic Committee may allow a delay to the Games, which are due to get under way on July 24 and run until August 9.

She said: “The contract calls for the Games to be held within 2020. This can be interpreted to mean the Games can be postponed as long as they are held during the calendar year.”

The PA news agency understands the IOC are due to issue a statement on the matter on Tuesday, but it is believed that organisers are confident the existing schedule will remain in place.

FIFA president Gianni Infantino, meanwhile, has urged football authorities “not to panic” over the coronavirus outbreak as sport responds to growing concerns.

Addressing UEFA’s member associations at the governing body’s Congress meeting in Amsterdam, Infantino called for both calm and a united approach to the issue.

He said: “Some of you have had to take important decisions in this respect. Every competition organiser has to study it of course and has to take decisions.

The Swiss government last week banned public events at which more than 1,000 people were expected to be in attendance, with the Swiss Football Association suspending league matches until March 23.

Dominique Blanc, the federation’s president, asked at UEFA Congress whether special dispensation could be given to play matches on Champions League and Europa League dates if necessary and whether financial aid may be available to cover the costs of the cancellations.

Blanc said: “We are in a position that could shake professional football to its foundations.”

UEFA general secretary Theodore Theodoridis said: “We have anticipated this, and yesterday we had a productive meeting with European Leagues regarding situations like this.

“We have established a working group to find the best possible solutions, and apply common sense. Whatever issue there is will be addressed.”

Elsewhere, the Scottish Football Association has confirmed that national team manager Steve Clarke will not travel to the Nations League draw in Amsterdam on Tuesday evening because of the outbreak.

The SFA has decided Clarke, whose side is scheduled to face Israel in a Euro 2020 play-off semi-final at Hampden Park on March 26, would be too difficult to replace and should not be exposed to “unnecessary risk”.

A spokesman said: “On the back of the first response meeting, it was determined by the group that the national coach attending was an unnecessary risk.”

The SFA will instead be represented at the draw by chief executive Ian Maxwell and president Rod Petrie.

Meanwhile, a wheelchair rugby test event ahead of the Tokyo 2020 Paralympic Games has been cancelled as a result of the spread of the illness.

The Tokyo 2020 organising committee announced on Tuesday that the Japan Para Wheelchair Rugby Championships, which had been due to take place between March 12 and 15, had been called off by the Japan Para Sports Association.

The International Olympic Committee’s executive board is meeting in Lausanne this week with coronavirus sure to be on the agenda amid fears it could impact this summer’s Games.

A statement on the Renault F1 Team’s official Twitter account said: “Local health authorities have conducted checks and none are demonstrating any sign of the virus.

“Everyone is fit and continuing training within the hotel facilities. They would like to express their gratitude to the hotel for its support to make them feel as comfortable as possible. Stay motivated guys and see you soon.”

Organisers of the London Marathon have confirmed they are monitoring the situation ahead of next month’s race.

Event director Hugh Brasher said: “We are monitoring closely the developments relating to the spread of coronavirus and noting the updates and advice given by the UK Government, the World Health Organisation and other UK public bodies.