Steve Diamond: Chris Ashton left Sale over ‘disagreement on how we want to play’ 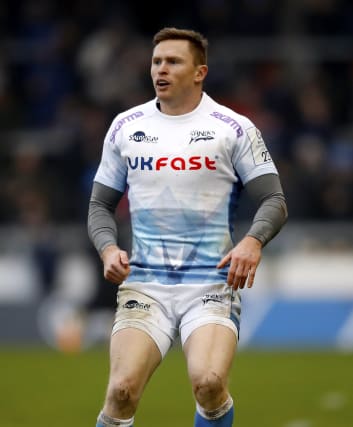 Chris Ashton left Sale after “a disagreement on how we want to play the game”, the club’s director of rugby Steve Diamond has said.

Sale on Monday announced Ashton was departing with immediate effect with them having reached a mutual agreement with the 32-year-old wing regarding the termination of his contract.

Diamond said on Tuesday: “There is no situation, just a disagreement on how we want to play the game.

“He wants to do it one way, I want to do it another and that’s it, so end of story.”

Asked how it would affect morale and the team, Diamond said: “It won’t, I don’t think.

He added: “We’ve got a squad good enough to cope with one or two people coming and going.”

Ashton, who was not part of the squad for last Friday’s win against Gloucester, had scored four tries in seven Gallagher Premiership appearances this season.

He joined Sharks in July 2018 having completed only one season at French side Toulon.

The former Northampton and Saracens player won the last of his 44 England caps against France a year ago but has only been picked five times by boss Eddie Jones.