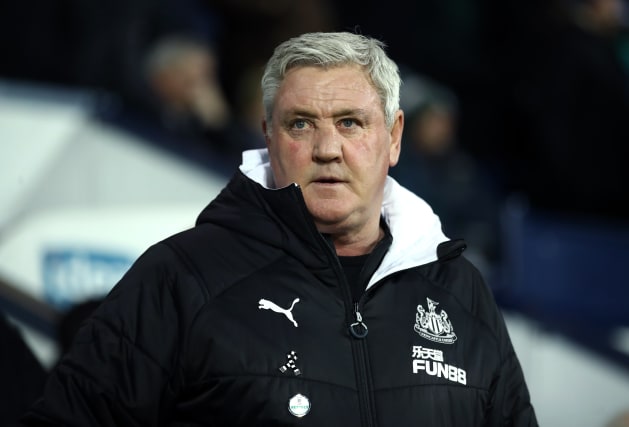 Miguel Almiron’s double and Valentino Lazaro sent the Magpies into the quarter finals for the first time since 2006.

Late goals from Matt Phillips and Kenneth Zohore gave Albion credit after Newcastle threatened to outclass their hosts at The Hawthorns.

Newcastle are five points clear of the Premier League’s relegation zone but are now one game from a Wembley semi-final and Bruce believes their cup exploits can help their safety fight.

He said: “The Premier League is the most important thing for all of us, make no doubt about that, but it can only help. We’ve had a difficult time.

“The Premier League is very difficult. We’ve got a decent platform. I know we’re capable of getting the points we need.

“I experienced it at Hull (reaching the final in 2014) and ask the supporters at Hull, the day out at Wembley is the one they enjoyed. We’re a step closer, let’s see who we get.”

Allan Saint-Maximin had already hit the post from 25 yards before he set up Almiron to fire past Jonathan Bond after 33 minutes.

The Paraguay international, who now has six goals this term, made it 2-0 in first-half injury time when he latched on to Joelinton’s backheel.

Just 74 seconds into the second half Lazaro added a third when Bond palmed Saint-Maximin’s cross into his path.

Albion looked beaten but Phillips pulled a goal back after 74 minutes and Zohore made Newcastle nervous when he turned in at the near post in injury time.

“I’ve only been at the club seven months and it wouldn’t be Newcastle without drama,” added Bruce.

“We made a bit of hard work of it but for a large period of time I was delighted with the way we played. It’s a shame the last 10 minutes has spoiled it for us.”

The Baggies ran out of time though and must focus on their quest to return to the Premier League after a two-year absence.

Albion are a point clear at the top of the Sky Bet Championship and boss Slaven Bilic made nine changes to face the Magpies in a clear sign of his priorities.

He said: “No (I don’t regret the changes), the league is the priority, some of the players needed a rest considering the league situation.

“I also had a lot of players and they deserved a game and deserved a chance.

“We are not a club which should be proud or happy after defeat. I’m very disappointed with the result but very happy with the performance, especially in the second half

“We paid them too much respect. We said to the guys at half time to unleash themselves more, I knew there was more and then the second half started in the worst possible way.”