Scotland hopeful after Finn Russell offers inside insight on France 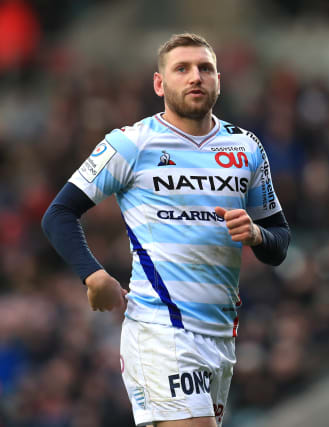 The Racing 92 maverick has not featured at all during the Scots’ Guinness Six Nations campaign amid a fall-out with his head coach.

The 27-year-old was left out of the tournament opener with Ireland after breaching squad rules on drinking in camp. But the issue ran much deeper for Russell, who later went public to detail a worrying breakdown in relations with Townsend.

However, talks between the pair resumed by telephone last week and while it has been mutually agreed that Russell will wait until the summer tour to win his 50th cap, he has at least now agreed to help the team out by sharing information on some of the players he has faced in the Top 14 with the Scots backroom staff ahead of Les Bleus’ Murrayfield visit.

“The fact that there has been some real good communication going on bodes really well for the future,” said Wilson.

“At the moment it’s about this group of players and staff focusing on the squad we’ve got here and the task in front of us. But it can only be good news that those conversations are far more positive and longer-term lead to Finn being back involved.”

France will aim to take another step towards the Grand Slam in Edinburgh having already toppled England, Italy and Wales so far.

But Wilson hopes Russell’s insights will help thwart Fabien Galthie as he looks to become the first French coach in a decade to complete a championship clean sweep.

He said: “There has been a fair bit of communication with players who are in that position (of playing in France) and Finn is one of them.

“Obviously he has a real good insight into key individuals that he has played with and against and also on the psyche of that French team at the moment. So there is plenty of really good information that Finn can provide.”

Scotland finally picked up their first win of the championship against Italy in Rome last week.

Townsend’s team missed a string of opportunities to strike down Ireland and England in their first two games and should have run up a bigger scoreline than their 17-0 triumph at the Stadio Olimpico as three golden chances slipped through the fingers.

And Wilson admits the Scots cannot afford to be so wasteful against a French side that has been reinforced by former Wales assistant coach Shaun Edwards’ suffocating defensive masterplan.

He said: “Where France’s game is at the moment means this a massive challenge – but we’re certainly in a better place coming in off the back of a win.

“France look far more structured this year. I think Shaun has made an impact there defensively and so we want to tighten up a few things in our attack.

“We left a few opportunities out there in Rome. On another day we might have scored five tries but it wasn’t to be – but we’ve built off the back of that.

“Knowing Shaun, they will go hard at the breakdown to slow us down and shut off our attacking game. I’ve worked with Shaun before with Wales and can see there is very much a Shaun Edwards imprint on this France team.”