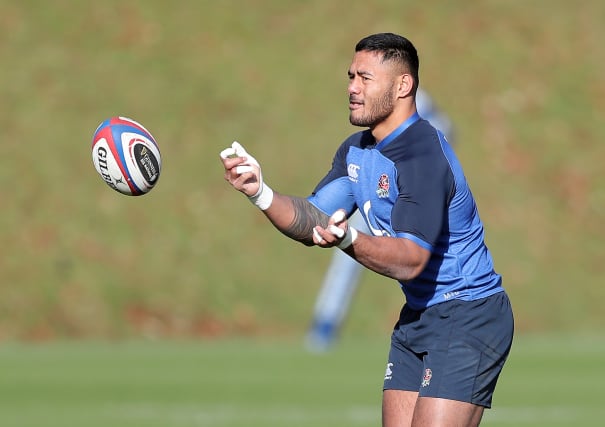 Whether it is training, matches or chess, Manu Tuilagi likes a fast start and he will hope to help England do just that on Saturday when they host Wales in the penultimate round of fixtures in the 2020 Guinness Six Nations.

The Grand Slam champions visit Twickenham on the back of consecutive defeats and Eddie Jones’ men will be favourites to inflict a third straight loss on the visitors.

A groin injury at the start of the tournament saw Tuilagi replaced early into the defeat at France on February 2 and he subsequently missed the victory away to Scotland.

The Leicester centre was able to return for the clash with Ireland to play a key role, especially in pushing the hosts over the gainline on their way to an excellent victory.

“I just want to get the ball in my hands as early as possible. It sorts you out for the rest of the game,” Tuilagi said.

“I try to get us over the gainline early on, get some momentum. If we get that it’s easier to play off, whether to kick or carry on running. We got that (against Ireland) and we had a good start. Hopefully we will look to do the same.”

This is not just Tuilagi’s philosophy for games, it applies to training and also the hobby he has picked up during the World Cup in Japan.

Describing himself as “obsessed” with chess, the 29-year-old has enjoyed several games with his club-mates at Leicester and has rivals in the England set-up too.

“If I’m in white, I’ll attack,” Tuilagi added. “If you’re in white you have the opportunity to attack first.

“When you attack you have to go all in. As soon as you let your foot off the gas you’ll be losing.”

Chess is all about strategy and tactics, with certain pieces key to the final result.

England head coach Jones could call upon a powerful part of his chess set on Saturday if he reunites the heroes from the World Cup quarter-final win over Australia.

A midfield combination of Owen Farrell, Tuilagi and Henry Slade put the Wallabies to the sword and with the Exeter back now fit again, after suffering a serious ankle injury in December, the trio could be unleashed.

“Obviously I love having him back in the team. He’s an outstanding player,” Tuilagi said of Slade.

“If he’s on the field, I just give him the ball and try and follow him around because he’s an all-round player. Run, kick, pass. There’s a lot of options.”

The feeling is mutual, with Slade reflecting on his relationship with the outside-centre in glowing terms.

“I think the reason it works so well is because we have different strengths and weaknesses and complement each other nicely,” the Chiefs player said.

“He’s a massive bloke so he gets us over the gainline really well, but we can also use him as a decoy as well.

“Defensively, if you run into him, he will hit you bl***y hard as well, so he is good to play with in terms of getting us on the front foot then freeing up our other options, and we get on pretty well off the pitch as well, so it is nice.”

Slade’s versatility has been crucial for Jones, but the 26-year-old makes no secret his favoured role is centre.

He replaced Tuilagi in that position – rather than partner him – in the final exchanges of the 24-12 win over Ireland and will aim to show this week he is fit enough to get the nod from the off.

What he does not expect to happen any time soon, though, is to get the better of his fellow international in chess.

“I have only played him a couple of times and it has lasted about 30 seconds each time,” Slade added. “He is unbelievable at it.”

Prop Mako Vunipola is unavailable for the clash with Wales and in self-isolation as a precaution due to coronavirus fears, after flying back from Tonga via Hong Kong at the weekend.

He missed the clash with Ireland due to unspecified personal reasons but Tuilagi helped make up for the lack of his gainline-bursting power and the onus will be on him to do the same again this Saturday.