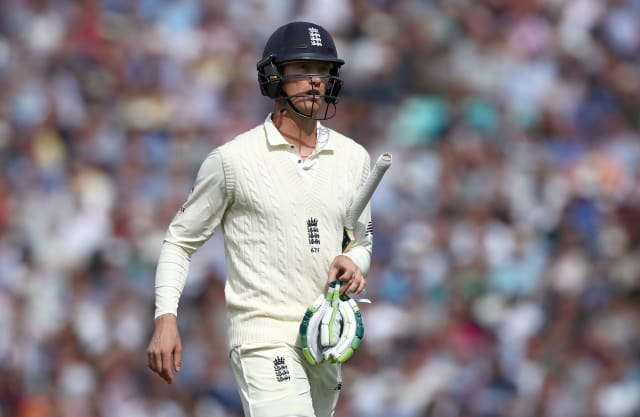 Keaton Jennings has promised his full support to England’s incumbent openers, Dom Sibley and Zak Crawley, after admitting his own struggles with the “absolute battering” he received from critics.

Jennings travelled with the rest of Joe Root’s Test squad to Colombo on Tuesday, fresh from the honour of captaining England Lions to their first ever victory over Australia A in Melbourne last week.

His presence on the trip owes much to Rory Burns’ ongoing ankle injury – without which he might still be leading the second string Down Under – but also to his own track record on the spinning pitches of the sub-continent.

Jennings scored a century in Mumbai on debut and swept his way to a career-best 146 not out in Galle on England’s 2018 tour of Sri Lanka, a knock that must have featured in the selectors’ minds when they handed the Lancashire batsman a recall for the two-match series.

The 27-year-old is theoretically in competition for a top-order spot with both Sibley and Crawley, who impressed in the recent 3-1 victory over South Africa and joined Jennings on the Lions trip, but he intends to bring empathy as much as rivalry after being stung by his own harsh treatment on the big stage.

“We’ve got a few guys competing for top-order places but that’s healthy. It’s almost like the old opening batter’s union – only you know the pressure they are feeling and what they are going through,” he told PA news agency.

“They are two very good blokes and two guys who are working very hard at their game. Whether I get the chance or not, I’m here to help England win the series. If I play, that’s awesome, if I end up mixing electrolyte drinks then I’ll do that.

“You cannot underestimate the level of support everyone offers each other in that dressing room. It becomes a family-type unit. You feel your mate’s hurt when he nicks off early doors – it’s hard to see because you have been in that situation and you can double it when you’re playing for England.

“The casual fan behind their social media account might not understand that when they’re peppering you with abuse but the guys in this dressing room are incredibly supportive.”

Jennings is unusually candid about his battles with the goldfish bowl of elite sport, and gave a compelling, emotional press conference immediately after his brilliant century at Galle 16 months ago.

He still does not relish the constant critiques but has grown a thick enough skin to confront them head on.

“I’ve had an absolute battering at times,” he said.

“The sport section can be hard reading. But there are going to be times when you see things you don’t want to see or hear things in the street…that’s the life I’ve chosen. I’ve got to make sure I’m big and strong enough to know where my values are.

“I don’t want to run away from my failures or my shortcomings. I have no issue being open and honest if it lets me put my head on the pillow at night. If a youngster reads this, sees that someone who plays for England struggles with this stuff, it might help them learn to cope. Maybe that youngster can go on and become the best player in the country.”

Jennings’ morale was boosted by his recent efforts with the Lions, which also included a warm-up century in Hobart, and the prospect of returning as part of the next Ashes squad is clearly part of his plans.

“Any Australia side is up for it and always wants to compete, so to captain and to win there definitely makes me very happy,” he said.

“It’s something I’ll look back on with a beer in front of my fireplace and be very proud of. There’s potential for some of the guys to go back there in a little while and recall those experiences. You live between Ashes series, that’s the way English cricket works.”