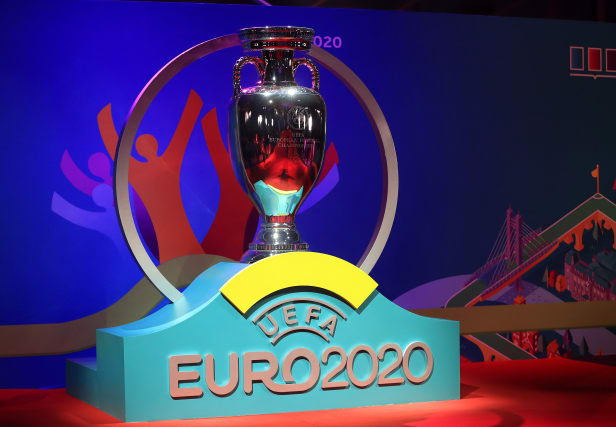 Wednesday marks 100 days to the start of Euro 2020, a tournament to be held across the continent for the first time.

Here, the PA news agency looks at the numbers behind the competition, which will be played from June 12 to July 12.

The European Championships have expanded significantly since the inaugural tournament in 1960. A four-team finals remained until 1980 when the number was doubled to eight. The number was increased to 16 for Euro 96, which was hosted by England. It became a 24-team finals in 2016, with a last-16 stage introduced – consisting of six group winners, six runners-up and four best third-placed teams.

These are the first European Championships to be held across the continent rather than in one or two countries. UEFA said the decision was taken to mark the 60th anniversary of the inaugural tournament and stage “a party all over Europe”. So matches will be held in Amsterdam, Baku, Bilbao, Bucharest, Budapest, Copenhagen, Dublin, Glasgow, Munich, London, Rome and St Petersburg.

Despite the diversity of Euro 2020, Wembley Stadium will stage as many as seven matches. Four matches – three group-stage and one round-of-16 – initially scheduled to be held in Belgium were reallocated to London following delays over the building of Brussels’ Eurostadium. Wembley, which will host England’s three group games, had already been chosen to host the semi-finals and final of the tournament.

Four finalists have yet to be determined through the new qualification system based on performances in the 2018-19 Nations League. The 16 teams that failed to make it through their European Championship qualifying group have been divided into four paths. These games will be played at the end of March and consist of two single-leg semi-finals and one single-leg final. Scotland, Northern Ireland and the Republic of Ireland are involved in the play-offs.

Germany and Spain have the most European Championship wins with three apiece. West Germany won in 1972 and 1976 and a reunified Germany triumphed in 1996. Spain’s wins came in 1964, 2008 and 2012. France have two wins, while Czechoslovakia, Denmark, Greece, Holland, Italy, Portugal and the Soviet Union have also lifted the Henri Delaunay Trophy. England (1968 and 1996) and Wales (2016) have been semi-finalists.