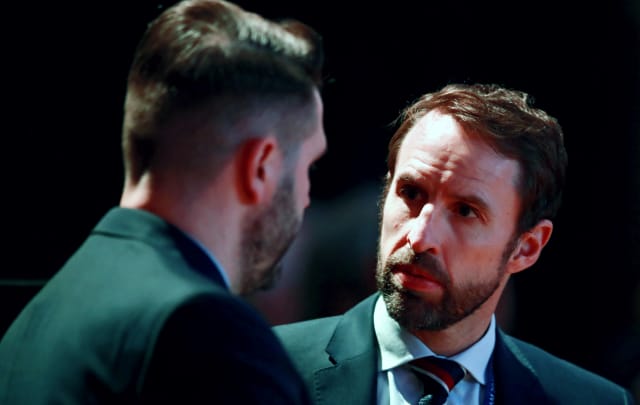 Harry Kane and Marcus Rashford will give themselves “the best possible chance” of featuring at Euro 2020 as they fight back from injuries, according to Three Lions boss Gareth Southgate.

The year could scarcely have got off to a worse start for the national team manager in his preparations for the tournament as first Tottenham striker Kane ruptured his hamstring tendon on New Year’s Day before Manchester United forward Marcus Rashford suffered a stress fracture later on in January.

Both are now in a race to be fit for the finals, which England go into as one of the favourites owing to home advantage during the group phase and the final four if they make it, and off the back of their run to the World Cup semi-finals in 2018.

Speaking at the 2020-21 Nations League draw in Amsterdam, where England were paired with Belgium, Denmark and Iceland, Southgate said: “The updates you’ve all had from the clubs that’s pretty much what we expected all the way through.

“All I know is that both players will give themselves the best possible chance of being fit and available before the end of the season, not only for us but also for their clubs.

“They have to get back playing club football. Their clubs all have important matches.

“Then we are hoping both come through with no issues ahead of the summer for us.”

The Nations League draw reunited the Three Lions with Belgium, who they faced twice at the 2018 World Cup, losing on both occasions.

Arguably both matches were dead rubbers, with defeat in the final group game effectively putting England on what appeared to be an easier route to the final, before the teams met again in the third-place play-off.

“But this is completely different (to the World Cup) – we’re going to play at home, we’re going to play in Brussels which gives you a really nice opportunity to welcome England to Brussels, and then going to Wembley is always a very special occasion for all the fans and us as a team.”

Martinez believes in Manchester City playmaker Kevin De Bruyne, he has one of the most in-form players in the world at his disposal.

“He’s been valuable for a long time now,” the Spaniard said.

“He had a little bit of a stop-start season after the World Cup which happens sometimes, but KDB has been in the form of his career for four years now.”

England also face a first meeting with Iceland since they were knocked out of them at Euro 2016, a match which cost Roy Hodgson his job. Their other group opponents, Denmark, are due to play England in a friendly at Wembley on March 31.

Wales and the Republic of Ireland were drawn together, just as they were in the 2018-19 Nations League, with Finland and Bulgaria completing Group B4.

Scotland, whose coach Steve Clarke did not attend due as it was deemed an unnecessary risk amid the coronavirus outbreak, will face Israel, who they also face in a Euro 2020 play-off semi-final later this month. The Czech Republic and Slovakia are the other teams in Scotland’s group.

Northern Ireland were drawn to face Austria, Norway and Romania in Group B1.