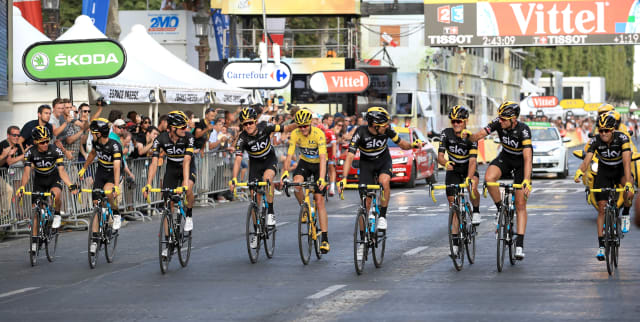 Chris Froome has led the tributes to Nicolas Portal following the death of Team Ineos’ sporting director at the age of 40.

Froome wrote on Twitter: “My thoughts are with Nico’s wife and children tonight. He was the kindest, happiest guy I knew and always lived life to the fullest. Rest In Peace Nico.”

A statement from Team Ineos said Portal died at home in Andorra on Tuesday afternoon.

“It is with the greatest sadness that we announce the passing of our much loved team-mate, colleague and friend Nico Portal, who died suddenly this afternoon at his home in Andorra.

“We are all overcome with grief at this terrible news and would ask everyone to respect the family’s privacy at this difficult time.

“RIP Nico – your spirit will always be with us on the road and you will forever be in our hearts.”