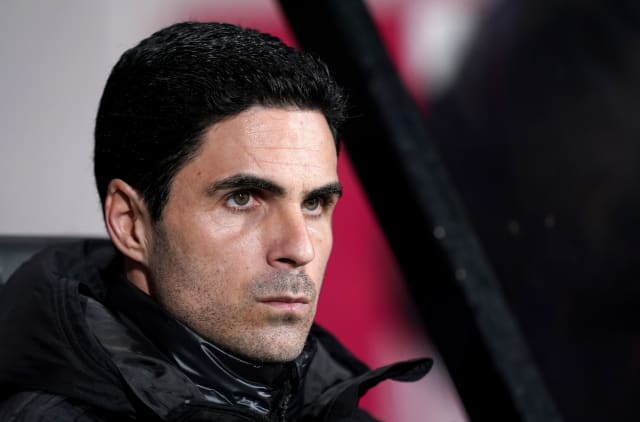 Mikel Arteta may be just three months into his first managerial job but he faces some of the biggest decisions in the recent history of Arsenal, according to Martin Keown.

The Gunners could face a summer of uncertainty if they fail to secure European football for next season.

Arteta saw his side crash out of the Europa League at the hands of Olympiacos last week and Arsenal currently sit 10th in the Premier League.

Appointed in December to his first managerial post, Arteta admitted over the weekend that a fourth successive campaign out of the Champions League could have consequences.

The club announced losses for the 2018/19 season – their first since 2002 – while Arteta said failure to qualify for Europe means it would be a “no-brainer” that signing new players and keeping hold of his current stars would become more difficult.

The 37-year-old will have plenty to ponder no matter the outcome as players including captain Pierre-Emerick Aubameyang enter the last year of their contracts.

Asked whether Arteta should work on keeping his big-name talent or look to nurture youth-team graduates such as Eddie Nketiah and Bukayo Saka, Keown told the PA news agency: “The young players coming through has been the talking point this season.

“Historically, Arsenal have always been good at bringing through young players and there is now another batch emerging.

“But it is also about recruitment going forward – I don’t know whether Mikel’s transfer targets change depending on the competition they are in.

“Maybe some risks on young players will have to be taken if the funds aren’t there. I just hope his hands aren’t tied behind his back, he needs support but also needs to manage with what he has available.

“He is a brand new manager but he now has to make some of the biggest decisions in some years at the club.”

Speaking as an ambassador for the FA and McDonald’s Grassroots Football Awards, Keown believes the performances of Nketiah and Saka show there is a pathway for young players into the Arsenal first team.

“Saka in particular has been outstanding,” he said. “He looks a class act, I thought that the minute I saw him play in the Europa League last season.

“The club went and spent a lot of money in the summer on players like Nicolas Pepe but it is interesting that, by and large, it is the young kids carrying the club at the moment.

“The academy has put an awful lot of hard work in and this shows that there is a journey and there is a pathway in place.”

While Arsenal’s precocious talent has caught Keown’s eye, he also admits to being impressed by the recent form of defender Shkodran Mustafi.

The much-maligned Germany international has struggled to win over Arsenal fans since joining from Valencia in 2016 but has performed well of late after an emotional interview with the club was praised by supporters.

“I think what he has done is show a lot of character and a lot of bottle,” added Keown.

“Maybe there was a bit of empathy from the fans with that expression of sorrow about when he makes mistakes.

“You don’t deliberately make mistakes and I think he has done well – but whether or not long term that is the solution is down to Arteta and what he feels.”

:: Former England and Arsenal defender Martin Keown was launching the 2020 McDonald’s Grassroots Football Awards, ran in partnership with the four UK FAs. To nominate a grassroots football club or volunteer go to www.mcdonalds.co.uk/awards.