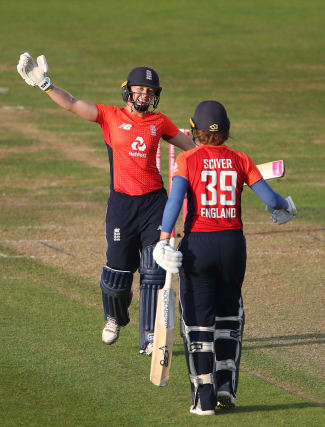 England have reached the semi-final stage of the ICC Women’s T20 World Cup for the fifth consecutive tournament.

Lisa Keightley’s side will on Thursday face India in the last four of the competition at the Sydney Cricket Ground.

Here, the PA news agency takes a closer look at head coach Keightley and some of the team’s key players.

Appointed in late October following England’s Ashes drubbing, Australian Keightley is the first woman to hold the post full-time and is back on home soil for the maiden major competition of her reign. The 48-year-old previously coached Australia women and is a former head coach of England Women’s Academy. She represented her country in nine Tests and 82 one-day internationals and was the first woman to score a century at Lord’s. If her side make it past India, Australia could await for a repeat of the 2018 final, which England lost by eight wickets.

Captain Knight led by example to put England’s campaign back on track following defeat to South Africa in their opening match. The 29-year-old produced a magnificent unbeaten knock of 108, her maiden T20I century and the highest innings score of the competition, to help brush aside Thailand in Canberra. Team-mate Natalie Sciver is the only player in the tournament to have scored more than Knight’s 193 runs, which include 22 fours and five sixes. She took on the captaincy in 2016 after long-serving skipper Charlotte Edwards stepped down.

The tournament’s highest run-scorer and the only batter to have surpassed 200 runs. From her four overs, all-rounder Sciver has produced three half-centuries, amassed 202 runs at average of 67.33, and hit more fours – 24 – than anyone else. She has been outstanding in rotating the strike and a continuation of her fine form could see her country end an 11-year wait to lift the trophy. The 27-year-old, who was born in Tokyo, also chipped in with a couple of wickets during the win over Thailand.

Left-arm spinner Ecclestone has been in electric form at the World Cup and believes pressure brings out the best in her. The 20-year-old has already taken eight wickets this tournament, including three for seven from 3.1 overs against West Indies to help secure England’s semi-final spot. She also became the youngest player to reach 50 T20I wickets during that match. India’s Poonam Yadav, with nine, is the only bowler to have taken more wickets, with the pair set to go head to head this week.