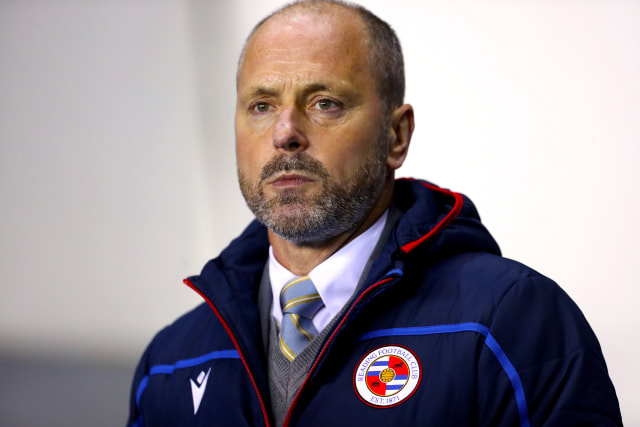 Reading boss Mark Bowen believes the “whole country” is aware of the qualities of Sheffield United as his side prepare for their “biggest game of the season”.

The Royals welcome the high-flying Premier League club to the Madejski Stadium on Tuesday evening with a place in the FA Cup quarter-finals at stake.

Chris Wilder’s Blades have been the top-flight’s surprise package this term and are pushing for European qualification.

Reading have endured a largely forgettable campaign in the Sky Bet Championship and Bowen does not expect any complacency from the visitors during a tough fifth-round tie.

“We’re under no illusions about the task ahead of us,” Bowen told Reading’s website.

“Some big-name teams might come here and maybe take their eye off the ball a little bit and think, ‘it’s only Reading’. Sheffield United just don’t do that.

“They’ll come here and produce everything they do in Premier League games.

“It will be a really, really tough game for us. The whole country knows what Sheffield United are capable of now.

“It’s probably the biggest game of the season for us, because there is a quarter-final place at stake.”

United, promoted from the second tier last season, sit eighth in the Premier League table following a rare weekend off due to Aston Villa’s participation in Sunday’s Carabao Cup final.

Reading bounced back from Wednesday’s heavy home defeat to lowly Wigan by beating Barnsley on Saturday to record only a second success from their last 11 league fixtures.

The 16th-placed Royals, who reached the FA Cup semi-finals in 2015, are currently protected from the relegation zone by a healthy eight-point buffer.

Bowen has described the cup game as a “nice distraction” and plans to field his strongest available XI in the hope of a securing a morale-boosting upset.

“It’s exciting for the fans and the players,” said the Welshman.

“It would be absolutely fantastic if we could leave here on Tuesday night knowing we were in the FA Cup quarter-final and bring some of that feelgood factor to the club.

“And why not? This club has got a little bit of history in the FA Cup of late, with a few quarter-finals and a semi-final not long ago.

“It is a distraction from the Championship, but it’s a nice distraction. And I’ll pick the strongest side in my mind that can go and try to win the tie.”

Bowen will assess the fitness of defenders Liam Moore and Matt Miazga.

Royals captain Moore missed the 2-0 weekend win over the Tykes due to illness, while on-loan Chelsea man Miazga returned from six weeks out with an ankle injury to play the full 90 minutes of that game.

Chris Gunter (groin), Lucas Joao (hamstring) and Lucas Boye (hernia) are not expected to return, while Tom McIntyre (head) is a doubt.