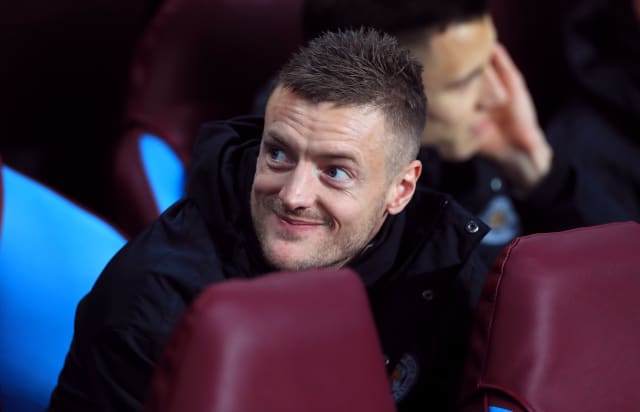 Jamie Vardy will sit out Leicester’s FA Cup fifth-round clash with Birmingham on Wednesday but “should be fine” to face Aston Villa five days later, according to boss Brendan Rodgers.

Vardy, the Foxes’ top-scorer this season with 17 Premier League goals, missed the 1-0 loss at Norwich last Friday due to a calf problem.

Asked about the 33-year-old striker on Monday, Rodgers was quoted by Leicester’s official website as saying at his pre-match press conference: “No, he won’t be available.

“He’s making good progress but our target will be Villa and he should be fine for that.”

Leicester’s failure to score on Friday made it three successive games without a goal for Rodgers’ men, part of a five-match winless run in all competitions.

Rodgers added: “I think hopefully now, in this period, we’ll have most players fit and available. The responsibility is with everyone to score.

“For us there is no doubt we have to play better and this is an opportunity to reach the quarter-final.”

The game at Carrow Road saw midfielder Wilfred Ndidi return to action after a knee issue, coming on as a second-half substitute.

Rodgers added: “The great news for us was Wilf coming back and getting game-time.

“Apart from that, (defender) Daniel Amartey has been out for a period of time (with an ankle injury), but everyone else is OK.”

Leicester, third in the top flight, face a Birmingham outfit who are currently 15th in the Sky Bet Championship.

Pep Clotet’s side are unbeaten in their last 13 matches in all competitions.