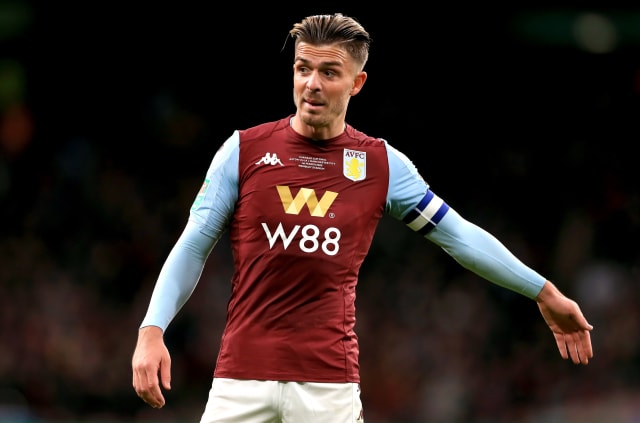 After going 2-0 down via a Sergio Aguero strike and Rodri header – scored following a corner controversially awarded after Grealish blocked Ilkay Gundogan’s cross – Villa pulled a goal back in the 41st minute through Mbwana Samatta.

And they almost equalised with two minutes of normal time to go at Wembley when Bjorn Engels’ header was tipped against the post by Claudio Bravo.

Villa’s attention now turns back to their battle for survival in the Premier League, with Dean Smith’s men currently lying 19th ahead of next Monday’s trip to Leicester.

Skipper Grealish told VillaTV: “We showed great fight out there and towards the end, I thought that we probably could have come away with something.

“Let’s be honest – it should never have been a corner for their second goal.

“Credit to the lads, we left everything out there and it will give us a lot of belief going forward.”

Engels admitted he had thought his late effort was going in.

“I didn’t even see the ball coming because Kyle Walker had his hand up in the air, so it was difficult to see it,” the Belgian defender told Villa’s official website.

“But the moment I touched it, I thought it was a goal. It was a brilliant save.”

Engels added: “We had to be mentally strong after going two behind after half an hour against one of the best teams in the world.

“We got back in the game and came close to equalising, so I felt we were unlucky.

“If we can take this performance into our league games, I think we will be fine with the squad that we have here.”