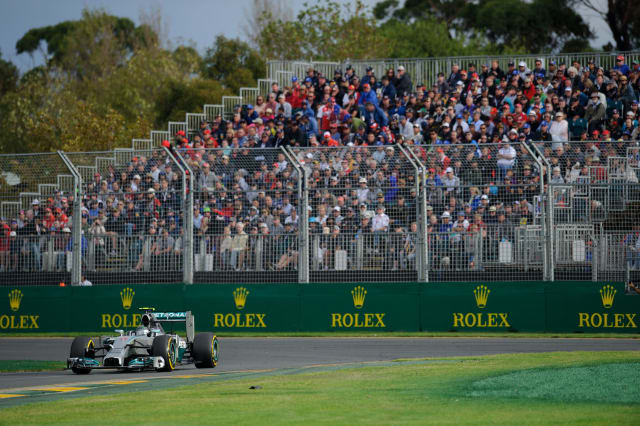 Grand Prix organisers insist the opening two rounds of the Formula One season will go ahead as scheduled but more sporting events have been cancelled due to the coronavirus outbreak.

Football, MotoGP and tennis have all been affected yet the season-opening Australian Grand Prix is still due to take place on March 15, with the majority of F1 personnel set to travel to Melbourne at the latter end of this week.

Australian Grand Prix chief executive Andrew Westacott said: “We are all systems go. At this stage there is no indication of further travel bans, nor is there any indication that Formula One and the teams will not be arriving as usual.

Circuit officials for the Bahrain Grand Prix, which is set to take place on March 22, are confident their race will also go ahead.

F1 personnel who have visited high-risk countries within 14 days of their arrival in Bahrain will be subjected to an extensive screening process.

A spokesperson for the race said: “The Bahrain International Circuit is working closely with all relevant government departments, including the Ministry of Health and Ministry of Interior, to mitigate the threat of the coronavirus disease (COVID-19).

“Ministries have activated a number of public health measures, including but not limited to restricting travel from high-risk areas, introducing an extensive screening programme, and establishing quarantine facilities for suspected cases.

“It is in the context of these initiatives that the BIC is confident its preparations will result in a successful and safe Grand Prix later this month.”

However, the MotoGP season has been hit with the first two rounds of the 2020 calendar postponed.

The opening race, the Grand Prix of Qatar from March 6-8, was cancelled on Sunday evening due to travel restrictions imposed to limit the outbreak of coronavirus.

The second round in Thailand, which had been scheduled for March 22, has now been postponed.

This week’s Moto2 and Moto3 classes will go ahead in Qatar as the riders and teams were already in the country for the three-day official test at Losail International Circuit.

Football, however, suffered further cancellations on Monday with the Swiss League put on hold until March 23 and pre-season matches at the International Champions Cup, scheduled to take place in Asia, postponed.

On Friday, the Swiss government banned large events expected to draw more than 1,000 people and the weekend’s fixtures were postponed.

“Today, the 20 clubs discussed various solutions intensively and decided to put the championship on hold until March 23 and the start of the national team break,” said a Swiss Football League statement.

“If the authorities do not extend the ban on events beyond March 15, the championship will be resumed and continued as usual.

“The option of running the games without a spectator was also discussed. The clubs decided against this step for economic reasons and because there are currently enough alternative dates.”

“The health and safety of fans, clubs, players, staff and partners are our top priority,” said a spokesman for the ICC’s promoters, Relevant Sports.

ICC are still to announce the schedule for this summer’s competition, which is expected to have a reduced format anyway due to the Copa America and Euro 2020,  but uncertainty over travel to Asia makes it impractical to arrange games for the region.

In Italy, Monday’s Serie A match between Sampdoria and Hellas Verona in Genoa has been postponed.

Six Serie A matches were called off over the weekend, including Juventus’ meeting with Inter Milan, and the league has called an emergency assembly to discuss the impact the postponements are having on the fixture list.

UEFA bosses, however, are hopeful that this summer’s European Championship – which is scheduled to be held in 12 cities across the continent – will go ahead as planned.

UEFA executive committee member Alexey Sorokin told Sky Sports News: “Right now, the situation with the Euros is stable. There are no changes to the tournament. So we continue our preparation the way it’s going.”

Asked if there was any panic from UEFA’s top officials, Sorokin said:  “No, we don’t sense any panic. None whatsoever. I think we need to assess the situation as it develops.

“It is our job to do our best to prepare our cities, and St Petersburg is one of them, to the best of their abilities and to give a warm welcome to all football lovers.”

The Women’s Tennis Association has announced that the 2020 Kunming Open has been cancelled due to the coronavirus outbreak and the uncertainty around travel.

The tournament was due to be held in Anning, China, from April 27 to May 3 and its postponement follows that of the WTA tournament in Xi’an from April 13-19.

The Professional Darts Corporation said it currently has no plans to cancel any events, but has told players they can avoid shaking hands with their opponents while fans have been warned it “may be more difficult to obtain autographs or pictures with players”.