Dier: I see myself as a centre-back 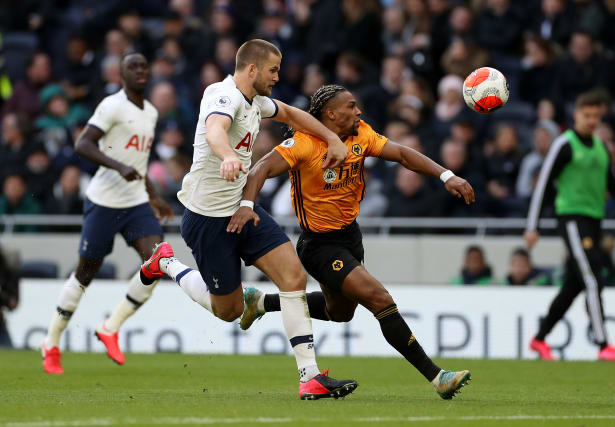 Eric Dier is happy to go public with his desire to play in central defence for Tottenham after previously being “politically correct” on the matter.

The England international was used as a midfielder by previous manager Mauricio Pochettino and he went on to be a key member of the Spurs side which challenged for the Premier League title.

His form saw current boss Jose Mourinho try and sign him at former club Manchester United and then the Portuguese immediately restored him to midfield after taking over at Spurs in November.

Dier returned to central defence for the 3-2 defeat to Wolves, earning praise from Mourinho, and now he feels free to nail his colours to the mast.

“That’s the position I see myself playing,” Dier said.

“That’s where I see my future. I was happy to be able to play today, obviously very nice of the manager speaking that way about me.

“I have always been very politically correct on the subject because of many different reasons.

“It’s been something that isn’t new for me. The old manager knew where I stood for a long time about position and centre-back is where I see my future and I think where I can be the best I can be.

“With Pochettino, I started to play there this season, in the two games before he left, and I’m happy I got the chance to play there under Mourinho.”

Dier said there had been plenty of conversations with Pochettino over his best position and suggested that he had made sacrifices for the team.

“It’s not new. I always knew it would happen eventually,” he said. “With Pochettino, we spoke about it over many years, not just this year.

“The most important thing is the team, what the team needs from its players at that time.

“But now I’m at a stage in my career where I want to be playing in my best position. That’s it really.”

Dier was unable to help Spurs avoid defeat against Wolves in a game in which Harry Winks was given the captain’s armband for the first time.

The midfielder, who is a boyhood Spurs fan, admits it was a dream come true for him but one that is tainted by the result.

“It was a special honour to be able to walk the team out, something that I’ve always dreamt of doing,” Winks said.

“It was a special moment to do that but it kind of takes away the whole effect when you lose the game.

“He (Mourinho) just pulled me to the side and told me that I was captain and of course it was an amazing moment for me and my family.

“Talking about it now it’s a lovely honour and a great honour, but when you lose the game it kind of takes it away.”

Wolves were good value for their win, though it came at a cost as Adama Traore suffered more shoulder problems.

He appeared to dislocate it for the third time in recent weeks, and unlike the previous occasions he was unable to play on.

“It happened before and I am worried about him,” he said.

“It is something that he struggles with, he is in a lot of pain. He is a strong boy but he suffers like everyone else.”