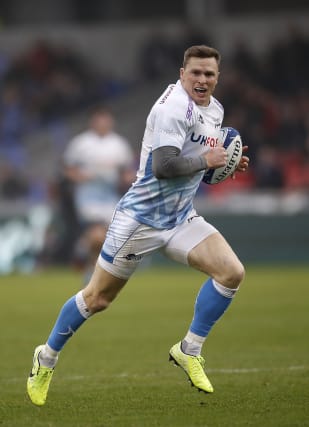 Sale have announced the unexpected departure of Chris Ashton with immediate effect.

Ashton joined the Sharks in July 2018 after completing only one season at Toulon, his motivation to relaunch his England career and being closer to his family shaping his decision.

But the 32-year-old wing, who has 44 caps, is on the move again in the latest twist to a well-travelled club career.

“Sale and Chris have reached a mutual agreement regarding the termination of his Sale Sharks contract and he will leave the club immediately,” a Sharks statement read.

“Sale would like to thank Chris for his efforts while at the club and wish him and his family all the best for the future.”

Ashton won the last of his 44 caps against France at Twickenham a year ago but has only been picked five times by Eddie Jones.